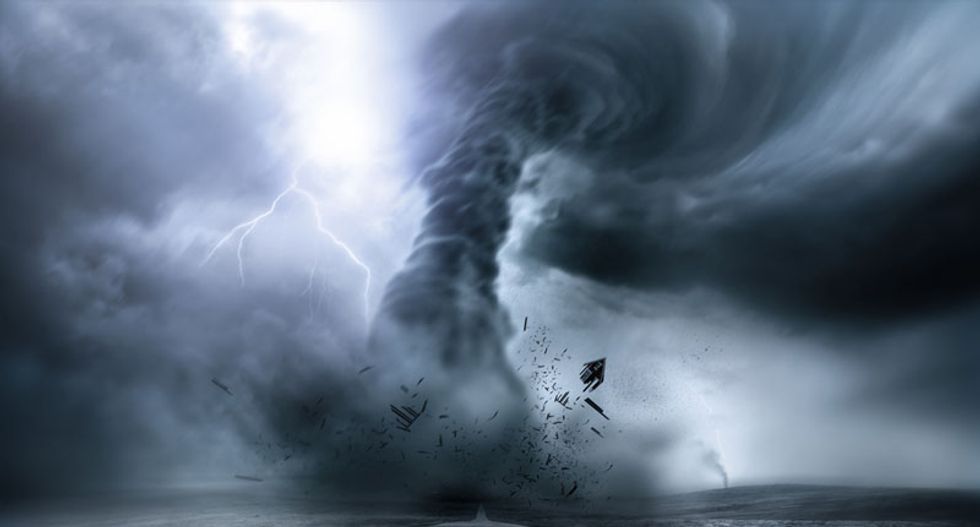 Illustration of a tornado causing destruction

An apparent tornado damaged and destroyed numerous homes in a community near Chicago on Monday night, with emergency personnel on the scene reporting people injured and trapped in the area, weather and emergency management officials said.

Emergency responders in the small town of Coal City, about 60 miles (100 km) south of Chicago, had reported that homes were destroyed by the storm, according to Joe Schroeder, director of the Grundy County Emergency Management Agency.

Schroeder said he could not give details immediately about the extent of the damage or injuries.

The National Weather Service (NWS) in Chicago said in an online bulletin at about 10 p.m. (0300 GMT) that a "very damaging tornado" had likely touched down in the area.

A dispatcher with the Illinois State Police said there were three truck tractors that had been overturned on a highway just outside of Coal City. The highway was also shut down in both directions as power lines had fallen across it, he said.

The weather service also said reports of damage were coming in from the village of Sublette, some 70 miles (113 km) west of Coal City. The agency could not confirm that a tornado had in fact touched down.

Severe thunderstorm warnings were in effect throughout the area, according to the NWS. A flash flood warning was also issued for several cities nearby.