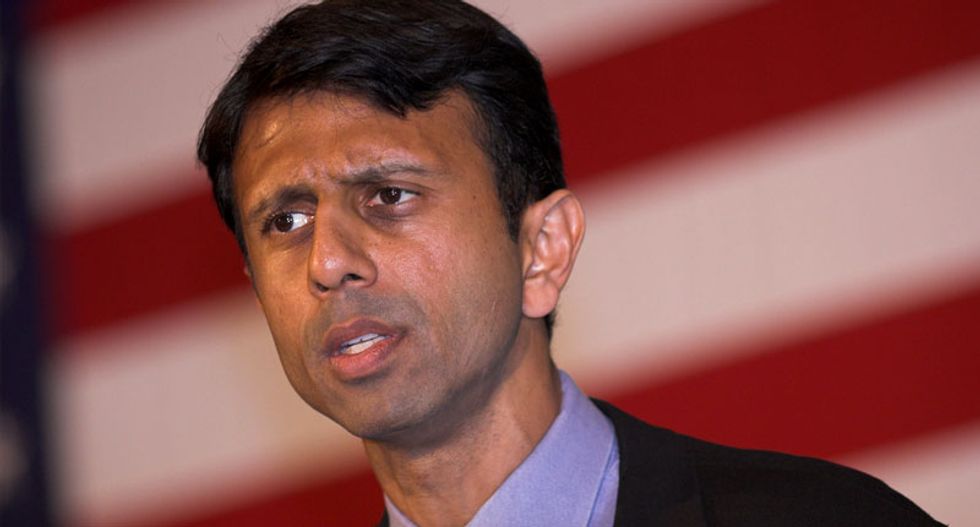 Republican Louisiana Governor Bobby Jindal plans to make an announcement in New Orleans this month on whether to enter the 2016 race for the party's presidential nomination.

Jindal said he would make his decision public on June 24 but gave no other details.

"If I decide to announce on June 24th that I will seek the Republican nomination for president, my candidacy will be based on the idea that the American people are ready to try a dramatically different direction," he wrote in a statement.

If he enters the race, the two-term governor would have to differentiate himself amid a growing band of competitors.

Jindal would join nine Republicans who have formally launched bids as well as several others who are contemplating a run.

Last fall, he took an aggressive stance foreign policy to appeal to right-leaning conservatives in his party, saying the United States needs to ramp up its defense spending. He also criticized the Obama administration's foreign policy and said the president should not have ruled out sending ground troops to fight Islamic State.

Jindal, who is Indian American, could also lend some diversity to the Republican Party, which has been criticized for not reflecting the changing demographics of America and leaving minority and younger voters behind. U.S. Senators Marco Rubio of Florida and Ted Cruz of Texas, both sons of Cuban immigrants, are Hispanic contenders for the nomination.

In his home state, where he has served as governor since 2008, Jindal has left Louisiana officials scrambling to fund a primary election next year after leaving money for it out of his annual budget.

Jindal had earlier said he would make his decision once the state legislature recesses in June.