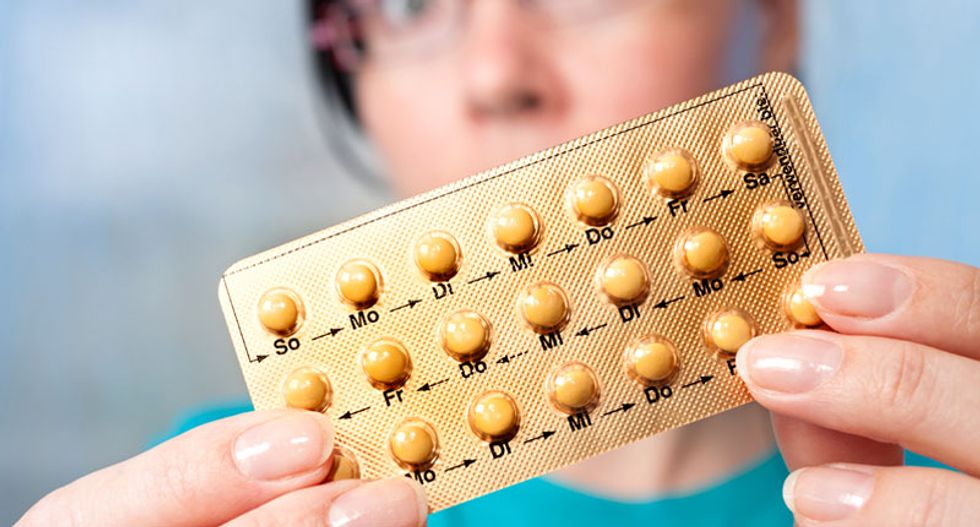 Republicans are promoting over-the-counter birth control to try to fight back against their image as a party waging a “war on women” – but Democrats say their rival party is more concerned with rebranding than with helping women.

Even as both parties agree that birth control should be made available over the counter, the dispute over how to get there is leading to a potential showdown over women’s health.

The legislation is a direct response to a measure introduced last month by Republican senators Kelly Ayotte and Cory Gardner, which would also provide over-the-counter birth control.

The issue is especially potent for Republicans, who face an uphill battle in retaining control of the Senate next year. And with Hillary Clinton all but assumed to be the Democratic nominee for president, women’s reproductive rights are likely to be front-and-center again as the 2016 election approaches.

With that in mind, Republicans view Gardner, a rising star within the party after his victory over Democrat Mark Udall in the 2014 midterm elections, as a case study in how to combat the perception that the GOP is anti-women.

Gardner was relentlessly attacked by Udall in last year’s Colorado Senate race for being extreme on women’s reproductive issues. He fought back by embracing over-the-counter birth control, and went on to win the race in one of the more unexpected results of the year. Udall still took the majority of the female vote, but Republicans said the “war on women” story ultimately failed in this case.

Ayotte is one of several Republican senators now preparing to face re-election and considered vulnerable when voters go to the polls next November. Other Republican senators in similar positions – such as Ron Johnson of Wisconsin, Dean Heller of Nevada and Richard Burr of North Carolina – have signed on to her birth control bill. All three candidates have come under attack by Democrats and pro-choice groups for their records on abortion.

Democrats are intent on convincing women that the Republican shift is heavy on rhetoric and light on substance. Along with women’s reproductive groups such as Planned Parenthood, they have pounced on the Ayotte-Gardner proposal as making birth control more expensive and less accessible.

The Republican-backed bill, introduced in late May , would encourage drug companies to sell “routine-use contraceptives” over the counter by waiving Food and Drug Administration fees, and other measures.

“It’s time to allow women the ability to make their own decisions about safe, effective and long-established methods of contraception,” Gardner said in a statement at the time. “Most other drugs with such a long history of safe and routine use are available for purchase over the counter, and contraception should join them.”

Related: Birth control pills should be as easy to buy as condoms | Jessica Valenti

Democratic senator Murray and women’s health advocates have pointed out that the Ayotte-Gardner bill would amend a key provision of the Affordable Care Act – aka Obamacare – that requires health insurance providers to cover contraception at no cost to women. Republicans continue to support a full repeal of Barack Obama’s signature healthcare law and have repeatedly gone after the birth control rule, which conservatives oppose on grounds of preserving religious freedom for employers.

Since the Affordable Care Act only specifies prescribed birth control, some women’s health groups expressed concern that health insurance providers could refuse to cover over-the-counter contraceptives when they becomes available. That could cost women up to $600 a year, according to Planned Parenthood.

“As anyone will tell you, if anything is too expensive, it doesn’t matter how easy it is to get,” Murray told reporters on Tuesday. “Might as well be on the moon, because affordability and access go hand-in-hand.”

The Democrat’s bill also establishes a pathway for contraceptive pills to be sold over-the-counter but places the onus on health insurance providers to cover the costs. The legislation, which is backed by 29 Democratic co-sponsors in addition to Murray, would essentially make sure that routine-use contraceptives are covered, without women having to obtain a prescription, once approved by the FDA.

An aide to Ayotte was quick to highlight perceived shortcomings in Murray’s legislation – that it does not encourage manufacturers to apply for an over-the-counter switch and applies just to oral contraceptives, whereas the Ayotte bill seeks to make other birth control like the ring and the patch available over-the-counter.

In a statement provided to the Guardian, Ayotte said Murray’s bill “does nothing to help address the current lack of available OTC contraceptives”.

“By contrast, our bill encourages manufacturers to apply to the FDA to move their products OTC, applies to a broader range of contraceptive methods, and provides women with more purchasing power by eliminating the Obamacare FSA [flexible spending accounts] and HSA [health savings account] restrictions for OTC products. And nothing in our bill changes current insurance coverage requirements for contraceptives,” Ayotte said.

Ayotte’s bill allows women to use health, medical or flexible spending accounts to cover the cost of over-the-counter pills – something Democrats and women’s health advocates argue would still place the cost burden on women and exclude those who do not have access to such accounts, namely low-income women.

Related: Are you still paying for your birth control? That might be illegal

“Putting birth control over the counter but forcing women to pay for it is going to take us backwards,” Cecile Richards, president of Planned Parenthood, said.

The American Congress of Obstetricians and Gynecologists (ACOG), a non-profit organization of women’s health doctors, also came out against the Ayotte-Gardner bill and dubbed Murray’s legislation “a win-win for women”.

“Supporting over-the-counter access to oral contraceptives helps uninsured women access the health benefits provided by oral contraceptives without the cost of a doctor’s visit,” Dr Mark S DeFrancesco, the group’s president, said in a statement. “Senator Murray’s bill would ensure that women with insurance coverage can get their choice of oral birth control without a copay, even if they do not have a prescription.”

The group said last month that it could not support the Republican plan because it “would actually make more women have to pay for their birth control”.

In the Republican-controlled Senate, the Ayotte-Gardner bill is nonetheless far more likely to reach a vote. The odds of both sides coming together to hash out a compromise are slim, especially with birth control emerging as a potential election-year issue.

Polling shows that Republicans continue to struggle among women voters, particularly those who are single. Gardner has argued that if his party takes a more proactive approach to issues like birth control, they stand a better chance at changing that perception in 2016 and beyond.

Murray insisted she was still willing to work with Republicans, but only under the condition that the contraception coverage provided under the Affordable Care Act remains intact.

“If they have their way, women might be able to get birth control pills over the counter, but it wouldn’t be fully covered,” Murray said of the GOP bill. “This Republican approach of access without affordability is like offering somebody a single shoe. You really need a pair.”