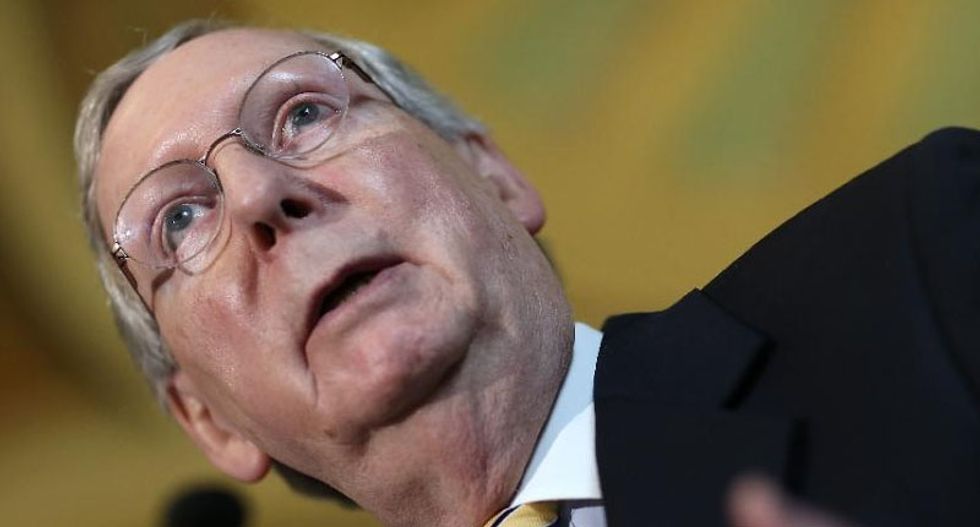 In the U.S. Congress and on the campaign trail, Republicans vowed on Thursday to carry on with their fight against Obamacare, shrugging off appeals from Democrats for an end to hostilities after the Supreme Court upheld a central part of the healthcare law.

The most conservative Republicans have opposed the 2010 law since its inception, calling it a government overreach and "socialized medicine." On Thursday, U.S. Senate Republican Leader Mitch McConnnell said Obamacare was making life "miserable" for many people it purported to help.

Republican House Speaker John Boehner said the law was "fundamentally broken." He said, "We will continue our efforts to repeal the law and replace it with patient-centered solutions that meet the needs of seniors, small business owners, and middle-class families."

Obamacare, formally known as the Affordable Care Act, survived a major legal test when the highest U.S. court upheld the tax subsidies that help millions of Americans afford the premiums they pay for health insurance under the law.

Republican presidential candidates echoed the lawmakers in promising to repeal the law if elected to the White House.

"I will work with Congress to repeal and replace this flawed law with conservative reforms that empower consumers with more choices and control over their health care decisions," said Jeb Bush, the former Florida governor who is among more than a dozen Republicans seeking the party's nomination to run in the November 2016 election.

Senator Marco Rubio, another candidate, said the court "once again erred in trying to correct the mistakes made by President Obama and Congress in forcing Obamacare on the American people."

“I remain committed to repealing this bad law," he said.

Democrats pleaded with Republicans. “Stop banging your heads against the wall on this legislation. It passed. It’s the law of this nation. Stop it. Move on,” Senate Democratic leader Harry Reid said on the Senate floor.

In the House, Democratic leader Nancy Pelosi declared that Republicans should "abandon their assault" on Obamacare.

The court said the Affordable Care Act did not restrict the subsidies to states with their own online healthcare exchanges.

It marked the second time in three years the court ruled against a challenge to the law brought by conservatives seeking to gut it.

"Yes! SCOTUS affirms what we know is true in our hearts & under the law: Health insurance should be affordable & available to all," Hillary Clinton, frontrunner for the Democratic presidential nomination, said in a tweet.