Ron Paul: Why do Republicans ‘roll over’ for Fox? 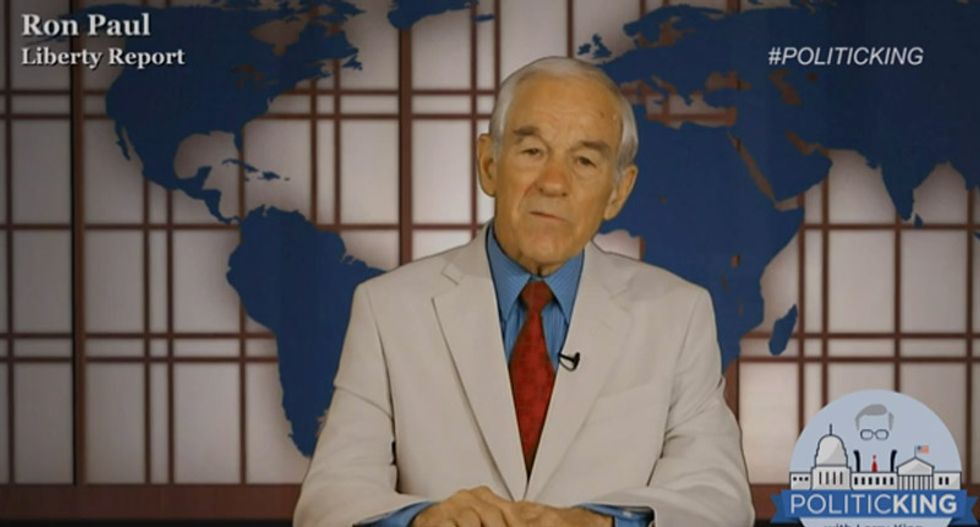 In an interview with Larry King, former congressman and presidential candidate Ron Paul slammed the Fox News network for having an inordinate amount of sway over the GOP's presidential nomination process, while claiming the Republicans "roll over" for them.

Paul -- whose son, Kentucky Senator Rand Paul, is a member of a large field of 2016 Republican presidential nominee aspirants -- noted that he felt that the conservative news network wanted him out of the running in 2007 and stacked the deck against him.

Asked by King about the upcoming GOP debates, where only the top ten highest polling nominees would be welcome to attend, Paul said he was not a fan.

"I don’t like the debate process, you know. When in ‘07 when Fox was holding the first one, about two days before was being held, and I was doing very well on the polls, they just uninvited me, which was, as far as the campaign goes, it wasn’t very helpful," he explained. "So, no, I think there has to be a better way of choosing."

Paul went on to complain that Fox manipulated polling data while inserting themselves into the selection process.

"I mean it’s sort of like, why do the candidates roll over and abide by the rules of some commercial organization that has an agenda? And Fox certainly has a very powerful agenda, so who knows the rating," he added. "I know that even on their polling after the debates, I usually won all the polling, but they would say, well there’s a mistake and they would ignore it, so I don’t like the idea that somebody like Fox has sort of monopoly control of how a debate will be run."

A recent Fox News segment on the poll standings of the GOP candidates omitted Rand Paul for the second time in two weeks. A network spokesperson called the most recent omission a "program error."

Although Rand Paul is coming under fire from fellow Republicans over his staunch opposition to the renewal of the Patriot Act, he is still high enough in the polls to make the cut in the upcoming debates.