S.E. Cupp: Donald Trump's straight talk will 'pull the other candidates toward reality' 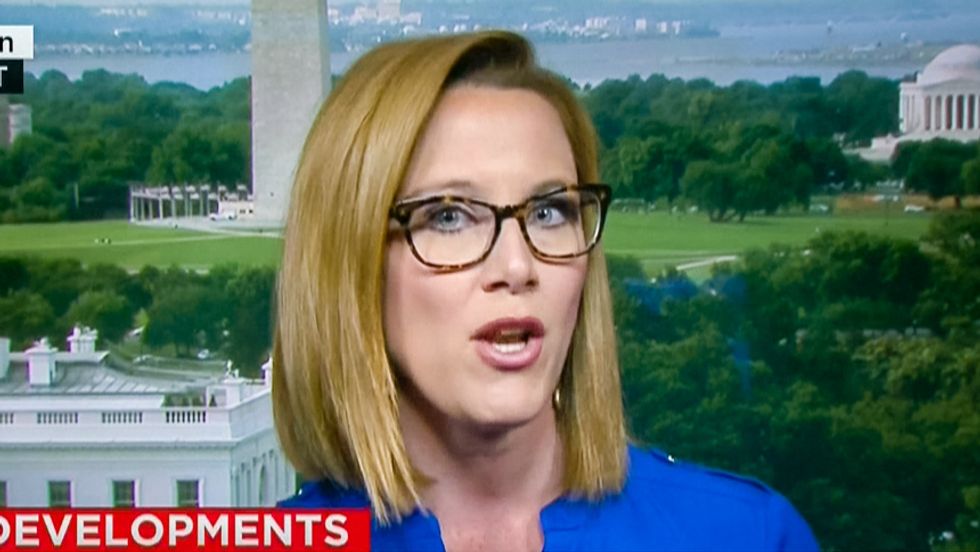 CNN contributor S.E. Cupp asserted on Wednesday that Republican presidential hopeful Donald Trump could "pull the other candidates toward reality" even if he did not have a shot at the White House.

The day after Trump announced that he was entering the race, Cupp said that she was disappointed that his speech had been a "rambling mess."

"What's sad is Trump is right. He is qualified," she explained on CNN's New Day. "He has qualifications that would make him an interesting person to run for president. I don't know why it seems as though he's decided not to run as a serious candidate."

Cupp argued that Trump could convince the other GOP candidates to "start talking a little more straight" because he sounded like a "real person."

"You've got to sound less like a politician. And when Donald Trump is pulling no punches and calling it like it is, even if it's crazy, and doesn't sound right and coherent, it might make someone like Scott Walker or Chris Christie or Marco Rubio have to sound a little less packaged," she insisted.

Political analyst John Avlon, however, suggested that the Republican Party would be in trouble if Trump turned out to be the most authentic candidate.

"We're through the looking glass here when Donald Trump who is a caricature of a caricature, someone who is so comfortable with his shamelessness, is the actual standard bearers for straight talk," Avlon remarked. "That's not what's happening here. It's shameless self-promotion on the biggest stage the ultimate marketer could ever find."

"I think while voters like straight talk, they also want to see someone that is capable of a little discipline. That's where Trump I think frightens most people," Cupp agreed. "So, I think it's going to be fun to watch."

"And I think there is an opportunity for him to pull the other candidates toward reality and less about the political packaging of how everything is usually presented," she added. "The interesting thing I will say is I don't know how fact checkers are going to deal with Donald Trump, a man who speaks almost entirely in hyperbole."