Sean Hannity: Why stop selling Confederate flags if you can buy Jay-Z albums at Walmart? 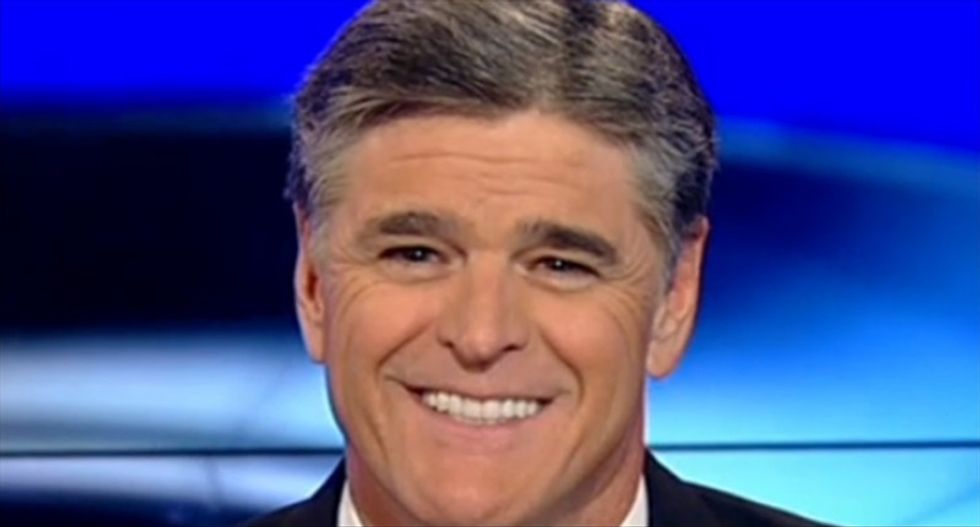 Fox News host Sean Hannity complained on his radio show on Thursday that if retailers want to stop selling the Confederate battle flag, they should also pull music he considers offensive.

"I have a question: can you still buy a Jay-Z CD at Walmart? Does the music department at Sears have any Ludacris albums? Can I download 50 Cent on Amazon? Can I do that?" Hannity asked in audio posted by Media Matters. "Can I get some Snoop Dogg albums on eBay? Why do I say that? Because a lot of the music by those artists is chock-full of the 'N word,' and the 'B-word,' and the 'H-word,' and racist, misogynist, sexist anti-woman slurs none of those retail executives would be caught dead using."

Hannity was reacting to decisions by Walmart, Sears, and online retailers to stop selling memorabilia displaying the flag.

He also accused President Barack Obama of displaying hypocrisy on the issue by inviting artists like Jay-Z and Beyoncé to the White House, while also hosting a private concert by Prince.

However, Hannity had to concede ignorance regarding Prince's body of work, saying, "I don't know if he uses any of that language in his music, I have no idea. I'm not a Prince fan. I don't get it, frankly."

Last December, Daily Show host Jon Stewart mocked Hannity for dismissing Jay-Z, a former part owner of the NBA's Brooklyn Nets, as a "former crack dealer," saying, "Jay-Z is the guy they keep saying they want other Black guys to be. But to them, he’s still just a crack dealer."

Listen to Hannity's remarks, as posted by Media Matters on Wednesday, below.