Sen. Joni Ernst: U.S. troops 'are ready to go back' to fight a new war in Iraq 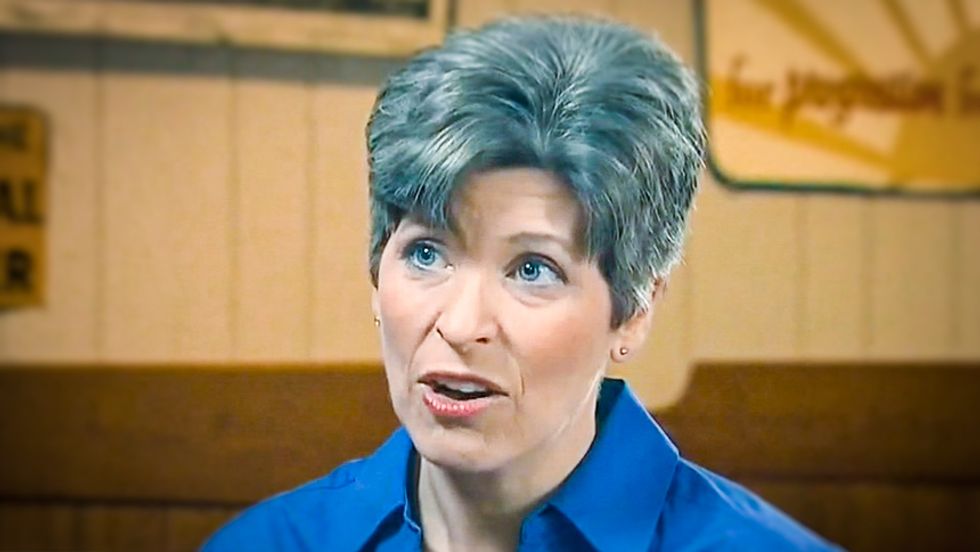 Sen. Joni Ernst (R-IA) said over the weekend that U.S. troops were "ready to go back" to Iraq to fight ISIS.

In an interview with ABC's Jonathan Karl that aired on Sunday, Ernst pointed out that she had not yet made a call for ground troops to be redeployed to Iraq.

"I am not ready to put ground troops in, but I think we are coming to a juncture where we will have to make that hard decision," Ernst argued.

"How would you tell those military families, again though, when so many have fought, so many have died, how do you say we're going to go back again?" Karl wondered.

"We haven't made that determination yet, we will have to make a decision at some point," the Iowa Republican replied. "But having served in the Middle East, I see a need at some point. If we don't get this situation under control, ISIS will continue to spread."

"And I think most of our service members understand that, and I think many of them are ready to go back," she continued. "If that call comes up, they are going to answer that call."

Watch the video below from ABC's This Week, broadcast June 7, 2015.