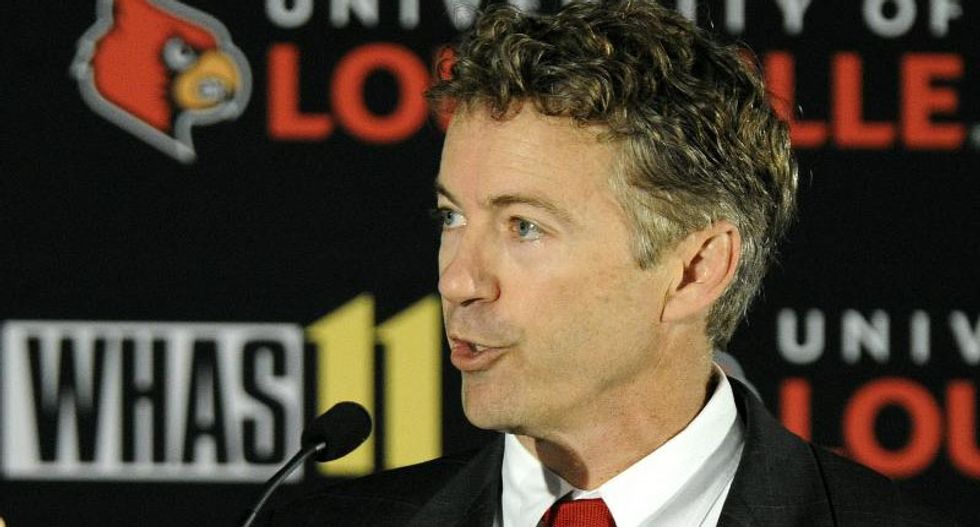 Republican U.S. presidential candidate Rand Paul is proposing that businesses and individual Americans pay a federal flat tax of 14.5 percent in a plan that would cut the government's tax revenue by more than $2 trillion over 10 years.

The Kentucky senator's plan, which he describes in a Wall Street Journal's opinion piece being published on Thursday, would establish a 14.5 percent flat-rate tax applied equally to all personal income, including wages, salaries, dividends, capital gains, rents and interest.

All deductions except for a mortgage and charities would be eliminated under the proposal. Paul said the first $50,000 of income for a family of four would not be taxed and that for low-income working families, the plan would retain the earned-income tax credit.

"My tax plan would blow up the tax code and start over," Paul wrote.

His proposal also would eliminate the payroll tax on workers and several federal taxes including gift and estate taxes, telephone taxes and all duties and tariffs.

He said he would also apply a uniform 14.5 percent business-activity tax on all companies, down from as high as nearly 40 percent for small businesses and 35 percent for corporations.

"The immediate question everyone asks is: Won’t this 14.5 percent tax plan blow a massive hole in the budget deficit? As a senator, I have proposed balanced budgets and I pledge to balance the budget as president," Paul wrote.

The Journal reported that Paul said his plan would cut the government’s tax take by more than $2 trillion over 10 years, or at least 5 percent, based on congressional revenue estimates for 2016 to 2025. It also would require major spending cuts to avoid adding to deficits, the Journal said.

Paul wrote that the current U.S. tax code "has grown so corrupt, complicated, intrusive and anti-growth that I’ve concluded the system isn’t fixable."

(Reporting by Will Dunham; Editing by Peter Cooney)