'Send the n*****s back to Youngstown where they belong:' Ohio man terrorizes children with gun 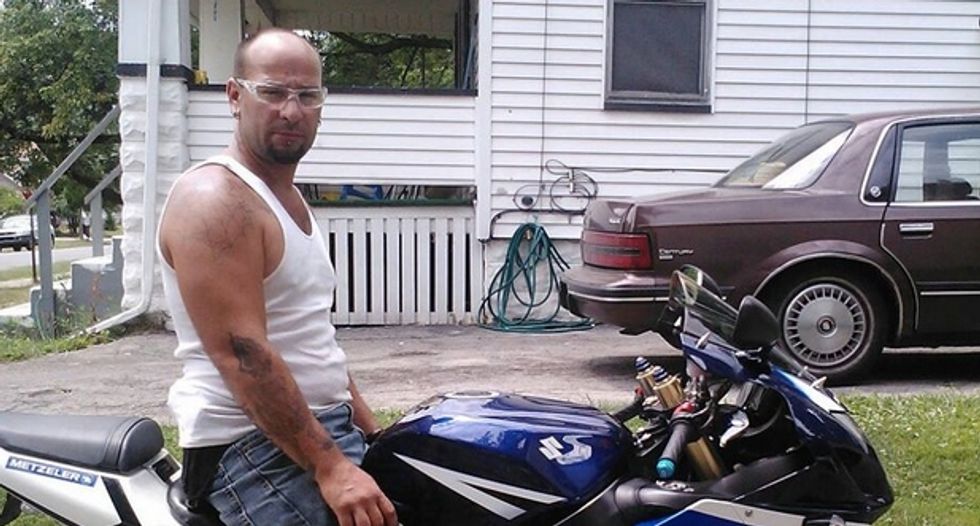 An Ohio man harassed a group of children, at least some of whom were black, while pursuing them on foot through his neighborhood, hurling racial epithets in their direction, threatening them with a gun, and urging police to come arrest the children, WKBN reports.

On Monday Gust Mamounis observed two children outside his home begin to fight, while five other children looked on. In a video obtained by police, Mamounis exited his house and cocked his gun.

The children, feeling threatened, dispersed. But Mamounis, a 38-year-old man, followed them, shouting racial slurs. Police can confirm Mamounis did this because he was on the phone with 911 at the time, and the four-minute recording is part of the evidence police used to charged the Struthers man with aggravated menacing, disorderly conduct, and inducing panic.

WKBN obtained a recording of Mamounis' 911 call, which it says it will not publish because the tape is "filled with so many expletives and racial slurs."

The news outlet reports Mamounis used the word "n****r" nine times and the word "fuck" 29 times during his phone conservation with the Struthers police.

The tape catches Mamounis yelling at the group -- whose only apparent offense is walking in the neighborhood -- threatening to harm them, and calling them "n****r."

Mamounis tells the dispatcher one of the children he's stalking is a "white trash n****r lover," and that police needed to "clean up" the area and "send the n*****s back to Youngstown where they belong.” Mamounis says he pays too much in taxes "to live in the ghetto."

When police arrive at the scene, Mamounis instructs the officers to arrest all of the children. The cops arrested Mamounis instead.

Struthers Police Detective Jeff Lewis tells WKBN that the department plans to pursue an ethnic intimidation charge against Mamounis. He has been released on a $300 bond and is scheduled to appear Friday before the Struthers Municipal Court.

In a phone conversation, Mamounis tells WKBN that, despite video and audio evidence to the contrary, "he did not have a gun and was not chasing the kid." He was only "walking after them to get more information from them" and he "did not use the N-word," Mamounis says.

On Facebook, Mamounis is a member of the group "Obama and Putin Work for Satan!" as well as groups devoted to unfettered firearms access.