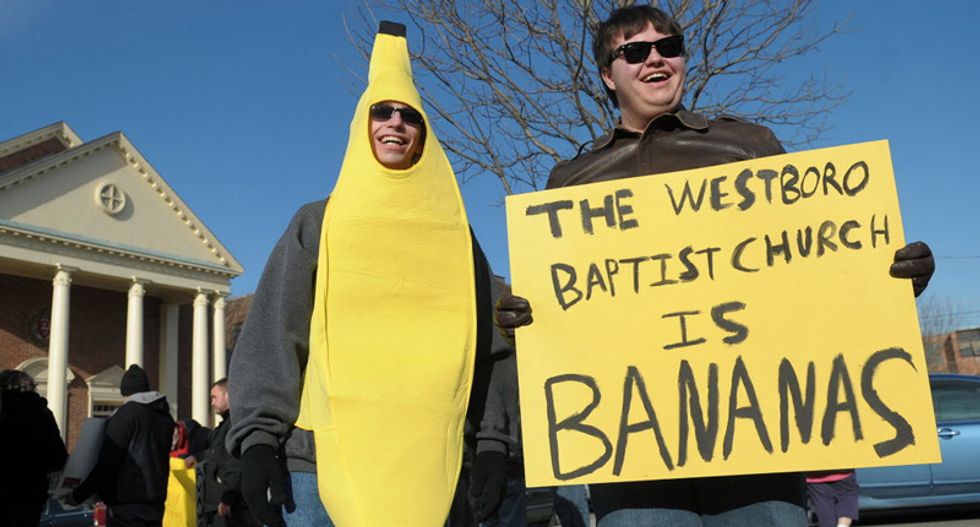 The son of the founder of the reviled Westboro Baptist Church known for their "God Hates Fags" signs at funerals, took a sarcastic slap at his own family on Facebook, telling them their hateful anti-gay actions pushed, "decent people away from hatred and into the arms of justice and equality."

Nate Phelps, one of thirteen children fathered by Westboro founder Fred Phelps, left his father's church in 1980 and has since became a virulent critic of their theology, actions, and rhetoric. Since he was publicly censured by the church he has become an advocate for LGBT causes while residing in Canada where gay marriage has been legal since 2005.

Following the U.S. Supreme Court's ruling affirming same sex marriage on Friday, Nate Phelps took to his Facebook page to mock both his family and their church, congratulating them for helping to push public opinion towards marriage equality.

"A special thank you to my family of birth for relentlessly and colourfully demonstrating the cruelty of anti-gay sentiment, thus driving decent people away from hatred and into the arms of justice and equality."

In early June, Phelps wrote a piece for the Huffington Post, saying of gay marriage: "There are no legitimate negative consequences to providing marriage equality to the LGBTQ community. Unless you consider that we will at some point have to confront our conscience for this historical injustice."