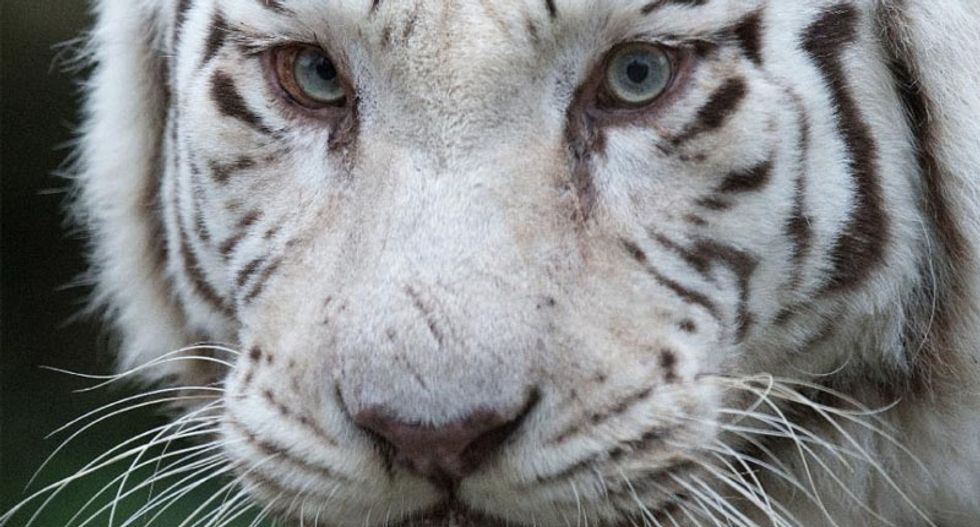 A tiger that killed a man in the central square of Georgia's capital Tbilisi Wednesday was shot dead, officials said, four days after hundreds of animals escaped from the city's zoo after deadly floods.

The interior ministry had initially said the animal was a lion and deployed special forces to hunt down the beast.

But spokeswoman Nino Giorgobiani later told AFP, "It was one tiger. It has been liquidated."

Eyewitnesses told Georgian television they saw a person getting mauled by a white tiger.

"It was a white tiger, a big one. It attacked a man, it seized him by the throat," one agitated eyewitness told the Imedi channel.

The Georgian government had initially warned residents to stay indoors after the disaster, which flooded the zoo after the Vere river burst its banks after heavy rain.

Lions, bears and a hippo were seen roaming the flood-ravaged streets, but Prime Minister Irakli Garibashvili announced Monday that all the escaped animals were either killed or captured.

Georgian media said the tiger had been hiding in a warehouse and escaped the citywide hunt for the escaped creatures.

Floods hit Tbilisi on Sunday, killing at least 17 people and causing massive damage to the city's central districts including the zoo, where hundreds of animals perished.

Over half of the zoo's animals -- some 300 animals -- were either drowned in the muddy waters or were later shot by police.