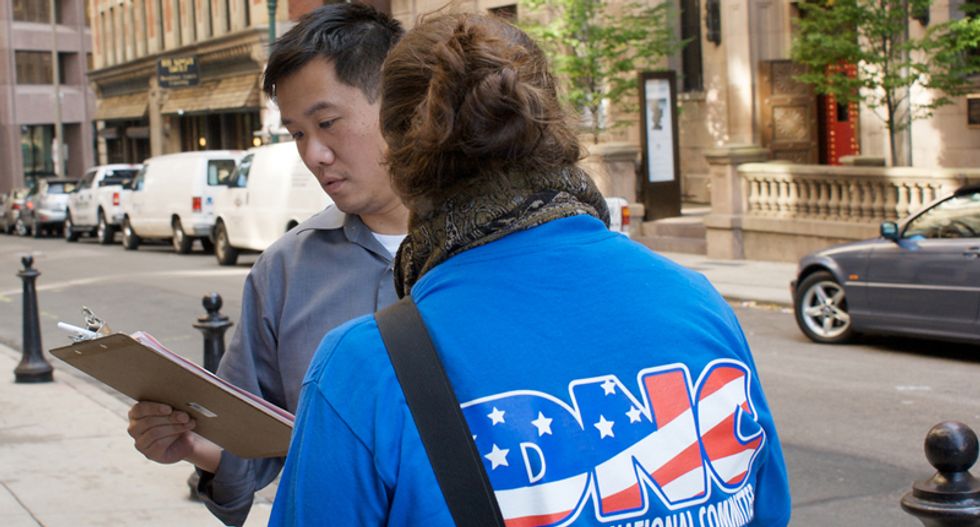 The U.S. Supreme Court on Monday declined to hear a new case on voter registration in Arizona and Kansas, meaning the two states will not be able to require applicants to show proof of citizenship.

By rejecting a joint appeal by the states, the high court left in place a November 2014 ruling by the 10th U.S. Circuit Court of Appeals. That appeals court decided that the U.S. Election Assistance Commission, a federal agency that oversees changes to state voter registration procedures, was not required to grant the states' request that proof of citizenship be added to registration requirements.

An earlier version of the legal battle made it to the high court in 2013. Then, the court struck down an Arizona law that required people registering to vote in federal elections to show proof of citizenship. In the ruling, Justice Antonin Scalia had said that Arizona could ask the federal commission to include a citizenship provision on the federal form.