Supreme court's gay marriage ruling: a day of elation, but decades of activism 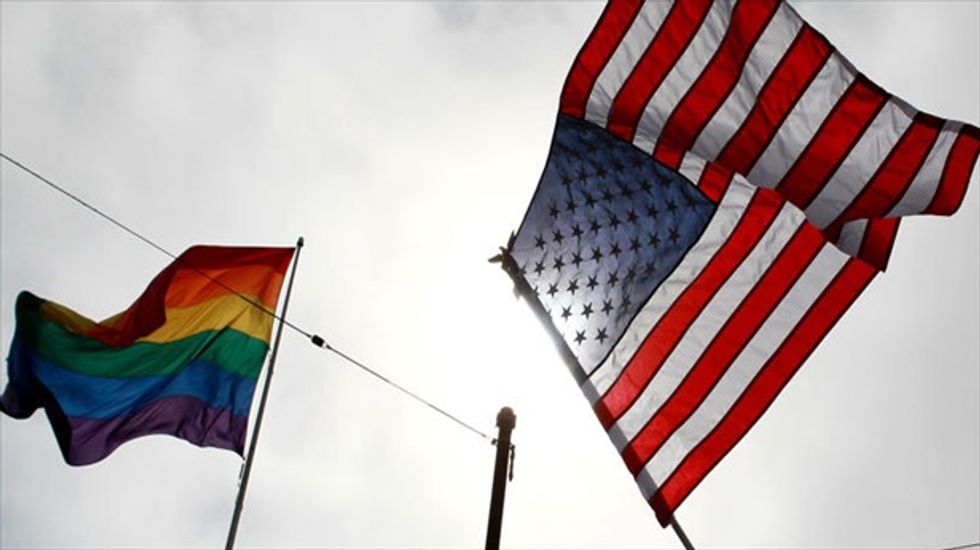 The Supreme Court has made gay marriage the law of the land across the United States, capping decades of legal steps that have sped up rapidly in the past two years. The ruling follows decades of activism across the country. Here’s a timeline of what brought the US to this point.

~~~December 1924 - The first gay rights group is started in the US: Henry Gerber, who immigrated from Germany in 1913, founded the Society for Human Rights in Chicago after being temporarily committed to a mental institution because of his sexuality. Facing criticism by the families of its few members, as well as concerns about employment and arrest, the group disbanded in 1925.

1950 - Gay rights organization, the Mattachine Society, is founded: Activist Harry Hay started the group in California and it eventually expanded to have chapters across the US. The FBI investigated the organization from 1953 to 1956 as part of the agency’s aggressive pursuit of communists and their sympathizers.

28 June 1969 - Stonewall Uprising: An early morning police raid at the popular gay bar, the Stonewall Inn in Greenwich village in New York, sparked six days of violent demonstrations by members of the gay community. While these raids were not unusual at the time, the “Stonewall riots” became a pivotal moment in the development of the modern LGBT rights movement, with the community becoming more organised and cohesive in the aftermath.

May 1970 - Same-sex couple first in the US to try to get marriage license: Jack Baker enrolled in law school in in an effort to get a marriage license with his boyfriend Michael McConnell. Their attempt made it to the supreme court, where it was dismissed in October 1972 . They received a license from a Minnesota county, though that document has not been recognized by the state or federal government. Last May, Baker told The New York Times that the couple would not try to reauthorize the license now that same-sex marriage is legal in Minnesota. “To reapply now becomes an admission that what we did was not legal, and I will never admit that,” Baker said.

May 1973 - The American Psychiatric Association declassifies homosexuality as a mental illness : Psychiatrists who opposed this decision successfully lobbied for a new diagnosis in 1980 that characterized a disorder for those who don’t experience heterosexual arousal, but that too was criticized and then removed from the Diagnostic and Statistical Manual of Mental Disorders (DSM) in 1986.

April 1975 - Same-sex marriage licenses issued in Boulder County, Colorado: Boulder county clerk Clela Rorex issued the licenses to couples shortly after starting her job. “I said, ‘I don’t know if I can do this.’ ... I went to the district attorney, and he said the Colorado marriage code did not specify that marriage had to be between a man and a woman,” Rorex said in 2014 . “And therefore I did it.”

1977 - Harvey Milk becomes first openly gay US politician elected to public office : Milk was on the San Francisco board of supervisors and was assassinated alongside city mayor George Moscone in 1978 by a conservative member of the board.

1981 - Aids crisis begins in the US : A June CDC report identifies an unusual infection in five gay men in Los Angeles. By the end of the year, there are 270 cases of severe immune deficiency among gay men, and 121 of those people died.

11 October 1987 - 200,000 participate in march for LGBT rights in Washington DC : Demonstrators called for federal funding for Aids research and to end discrimination against the LGBT community.

May 1993 - Hawaii becomes first state to rule that same-sex marriage ban is discriminatory: The state’s supreme court decides that “marriage is a basic civil right,” but the preliminary decision is sent back to trial court and voters amend the constitution in 1998, stopping marriages from taking place until it is made legal in December 2013.

21 September 1996 - President Bill Clinton signs the Defense of Marriage Act (Doma): Three years earlier, he announced the “don’t ask, don’t tell” policy, which allowed gay and lesbian people to serve in the military – as long as they weren’t out.

12 February 2004 - Nearly 4,000 couples marry in San Francisco: The marriages, allowed by city mayor Gavin Newsom, were invalidated a year later. The cities of New Paltz, New York and Portland, Oregon , also briefly allow same-sex marriages that year – though they are ultimately not recognized by the government.

17 May 2004 - First same-sex couples legally marry in US : In Massachusetts, where same-sex marriage was made legal in November 2003.

4 November 2008 - US elects first black president and California voters approve ban on same-sex marriage: Barack Obama is elected president after opposing same-sex marriage while on the campaign trail. (Though, in 1996, he said it should be legalized .) Meanwhile, California voters pass Proposition 8, the controversial ballot measure that defined marriage as a union between a man and a woman.

Related: Meet the two women who were finally able to marry after 72 years together

23 February 2011 - Obama administration announces it will no longer defend Doma: His order to repeal “don’t ask, don’t tell,” then goes into effect in September .

9 May 2012 - Obama becomes the first sitting president to endorse same-sex marriage : In an interview with ABC News less than six months before the presidential election, Obama said: “I think same sex couples should be able to get married.” Vice president Joe Biden had said he “absolutely” supported marriage equality days before the interview.

27 June 2013 - Supreme court strikes down key parts of Doma a nd California’s Prop 8: This landmark decision made it possible for same-sex marriage bans to fall in the US, rapidly, over the next few years. But because of Justice Anthony Kennedy’s open-ended majority opinion, the issue on whether same-sex marriage bans are unconstitutional is not settled.

16 Jan 2015 - Supreme court agrees to hear cases on same-sex marriage, again : The two questions court agrees to discuss in the case, Obergefell v Hodges, are: Does the Constitution require all states to offer marriage licenses to same-sex couples? If not, does the Constitution require states to recognize the marriage rights of same-sex couples who are already married?

28 April 2015 - Supreme court oral arguments for Obergefell v Hodges : The four liberal justices are nearly guaranteed to rule in favor of marriage equality, while three of the conservative justices will just as likely do the opposite. Justice Anthony Kennedy is the swing vote, as usual, though Chief Justice John Roberts could be as well – for many reasons including that he has to think about how his court will be remembered in the history books.