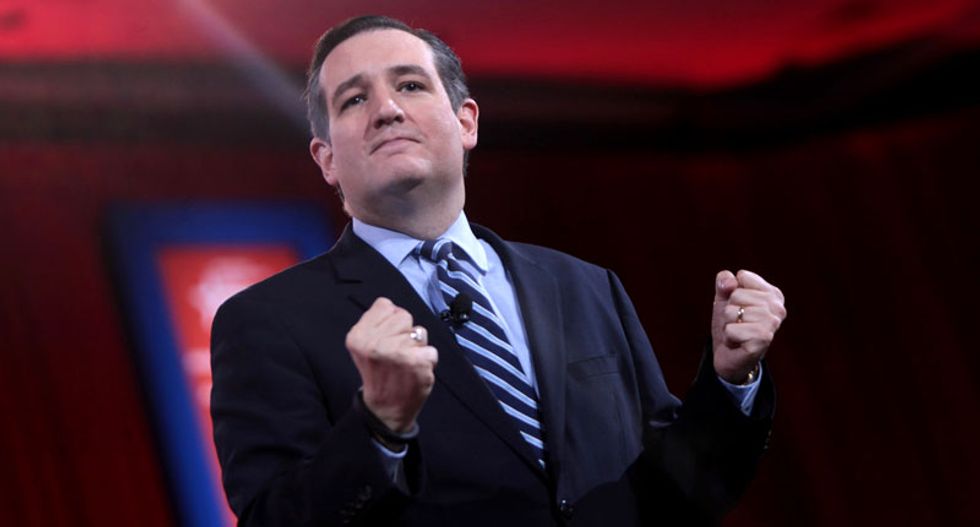 A number of elected officials from Texas are parting ways with campaign donations from the white supremacist leader of a group tied to the recent massacre at a church in South Carolina.

Earl Holt, a Longview man who heads the Missouri-based Council of Conservative Citizens, has given to dozens of Republican candidates and causes across the country, according to federal records. In Texas, he has spread around several thousand dollars over the past four years, state records show.

Dylann Roof, the 21-year-old man accused of killing nine people last week at a historically black church in Charleston, cited the CCC in a manifesto widely attributed to him. The CCC and Holt have a history of racially charged positions, and in the aftermath of the shooting, the group issued a statement suggesting Roof had some "legitimate grievances" related to race.

The highest-ranking recipient of Holt's money with Texas ties is U.S. Sen. Ted Cruz, a 2016 presidential candidate. He initially decided to refund $8,500 in contributions from Holt to several groups affiliated with Cruz. On Monday, though, Cruz's campaign said he would instead use the money to make a donation of $11,000 to the Mother Emanuel Hope Fund, which benefits families of the shooting victims.

Gov. Greg Abbott was also planning to return money from Holt, according to his office. Holt had given $1,000 to Abbott's gubernatorial campaign, all of which Abbott will re-donate to charity.

At the state level, Holt gave the most money — $1,250 in total — to the campaigns of his state representative, Republican David Simpson of Longview. Simpson, who formally launched a bid for state Senate on Monday, also said he was parting ways with the donations.

"I am returning the money today," Simpson said in a statement Monday. "I have also asked my staff to find the best way I can personally donate to the families that lost their loved ones in this horrific attack."

Another legislator who has received money from Holt is state Sen. Konni Burton, R-Colleyville. The $750 Holt gave to her campaign will go to a charity or a Charleston church, Burton's team said Monday.

The second-largest recipient of Holt's money at the state level has been the Republican Party of Gregg County, which includes Longview. The party, which has received $1,100 from Holt, was looking into the donations Monday, according to chairman Tim Vaughn.

The Guardian first reported Cruz's campaign was refunding the donations from Holt.