Texas pastor denies plan to set self on fire if gay marriage was legalized, was only quoting a song 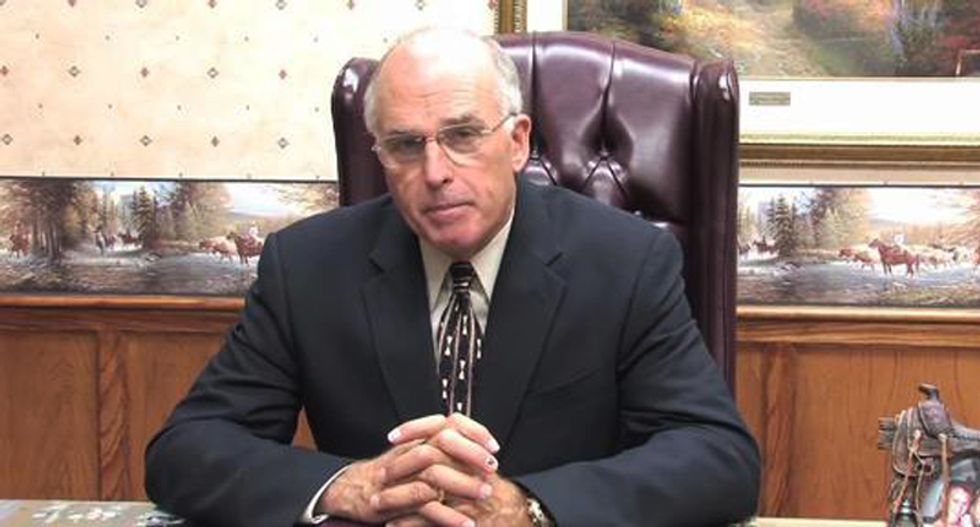 A Texas pastor who thundered that he would "Burn, if necessary" to stop the Supreme Court from legalizing gay marriage, claims he was only quoting from an old spiritual and that he has no intention on setting himself on fire, reports the Advocate.

In -- literally -- a 'fire and brimstone' proclamation, Pastor Rick Scarborough said he and his fellow pastors should band together to halt the growing threat of same sex marriage, saying, "We are not going to bow, we are not going to bend, and if necessary, we will burn."

Twenty-four hours after the U.S. Supreme Court legalized same sex marriage, Scarborough explained that he wasn't really going to set himself on fire -- he was just using the words of a Christian spiritual to rally the troops.

“I made that comment to paraphrase a spiritual song, Shadrach, Meshach and Abednego in which the three were given a choice—to bow to the image of Nebucahdnezzar or burn in a furnace,” Scarborough explained .” ‘We will burn’ means that we will accept any sanction from the government for resisting [Friday's] Supreme Court decision. We do not support any violence or physical harm.”

Scarborough did elaborate on whether there would be a march against gay marriage and his comments condemning "violence or physical harm," would seem to indicate that he may be no more willing to take a bullet for traditional marriage than he was to set himself on fire.