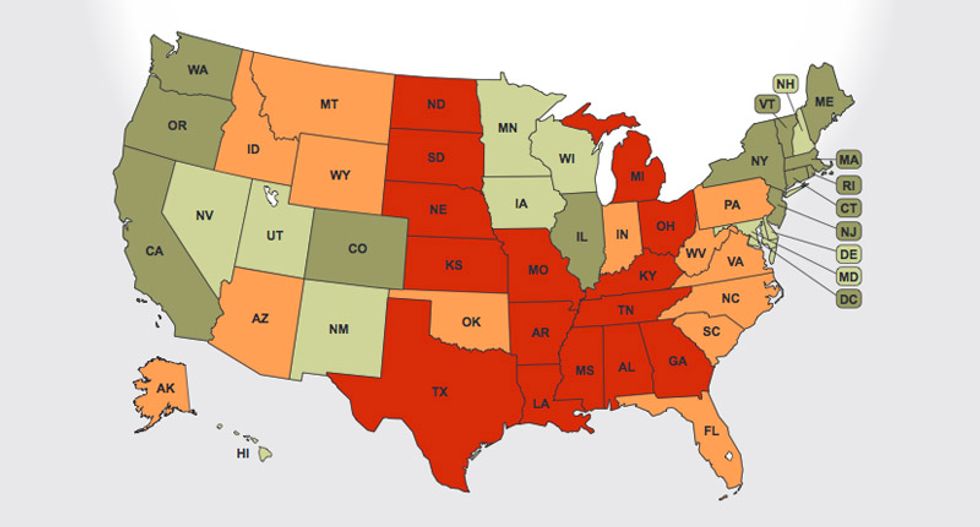 With the splashy announcement by Bruce Jenner that she is now Caitlyn Jenner, increased attention on transgender men and women in U.S. brings into focus the lack of protections afforded those whose gender identity doesn't fit antiquated social norms.

As evidenced by the ignorant remarks made by former Arkansas Governor Mike Huckabee, lawmakers are slow to adapt or change laws to a group they neither understand, nor wish to understand or acknowledge.

According to a report from the Transgender Law Center, only 19 states -- and the District of Columbia -- offer transgender men or woman non-discrimination state protection under the law when it comes to employment. 28 states offer no laws on the books addressing employment discrimination based upon gender identity.

Although the federal government expanded Title VII protections against sex discrimination in employment to include gender identity in 2012, using the federal law is a challenge in states where no laws exist.

As the map shows, a swath of low-scoring states splits the country from the Midwest to the South, with Oklahoma rated as a mildly more tolerant oasis in the middle.

Unsurprisingly, the friendliest are primarily coastal states with larger and more diverse urban populations, led by California and Oregon with the District of Columbia coming in third.

See the full map below: 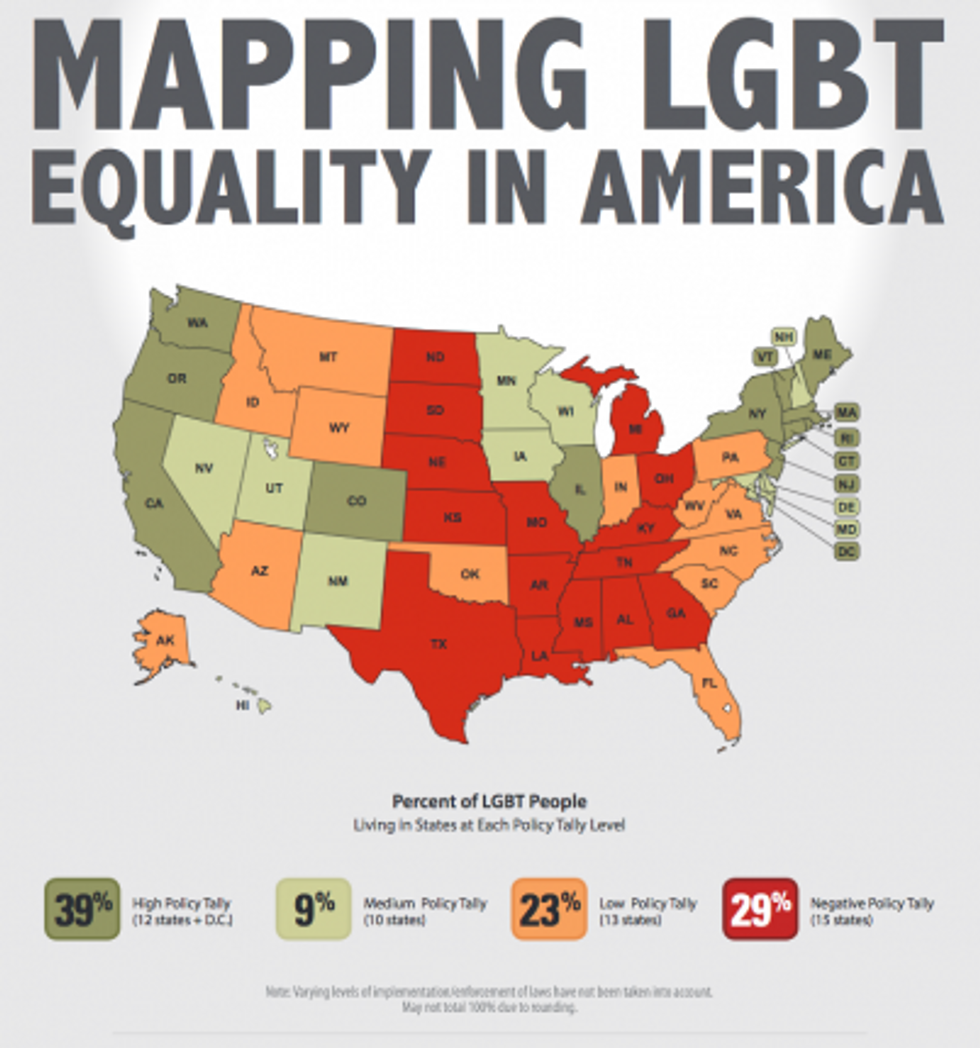