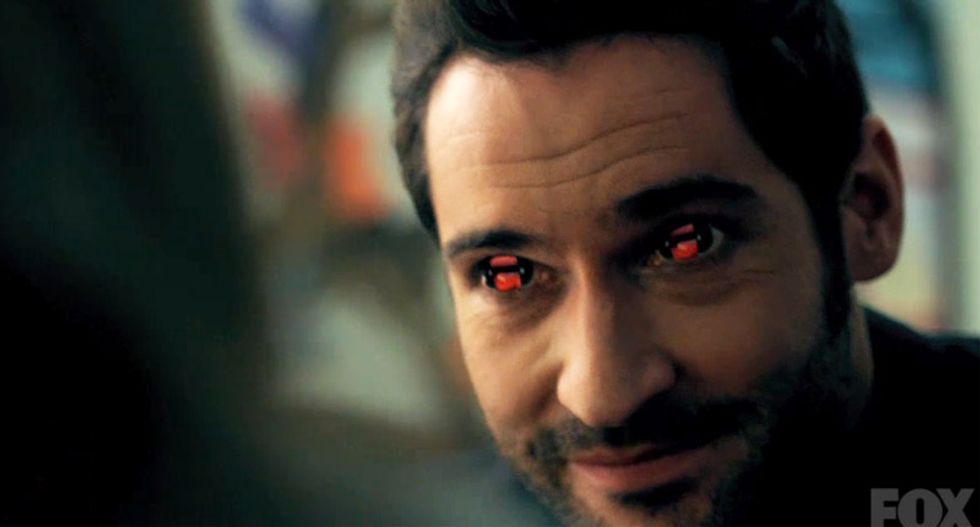 A conservative advocacy group has launched a petition demanding that Fox cancel a show called "Lucifer," arguing that it violates Christian morality, the Franchise Herald reports.

As of press time, more than 12,000 people had signed on to One Million Moms' petition, launched Thursday, to cancel Fox's planned 2016 fantasy series. According to One Million Moms, the show "will glorify Satan as a caring, likable person in human flesh." The Lucifer character will be "portrayed as a good guy," according to the petition's authors -- a contrast to Lucifer's biblical portrayal as the devil incarnate.

Lucifer's official website describes the program as the story of a fallen angel who has "abandoned his throne and retired to L.A., where he owns Lux, an upscale nightclub."

One Million Moms laments on its website that previews of Fox's upcoming TV program, "depict graphic acts of violence, a nightclub featuring scantily-clad women, and a demon."

One Million Moms, which clarifies on its website that it welcomes people who are not moms -- even if they're "single" -- is a prolific petition producer. The right-wing organization's ongoing campaigns, which anyone can add their signature to, include a call to make Schick's commercials for razors targeted at women less sexually suggestive and a request that Taco Bell tone down the implication in one commercial that a woman may have shown her bare chest to a man -- possibly one she was not married to.

On Friday, One Million Moms launched a petition in opposition to gay rights advocate Dan Savage, saying, "If you didn't know who Dan Savage is until today, it's probably a good thing. But right now we need you to familiarize yourselves with one of the cruelest, most vile political activists in America."

Reacting to One Million Moms' petition to keep the Lucifer show from airing, Neil Gaiman, British fiction writer and author of the book that inspired Fox's evidently controversial upcoming series, shared his opinions on Sunday.

On Tumblr, he wrote: "Ah. It seems like only yesterday (but it was 1991) that the “Concerned Mothers of America” announced that they were boycotting Sandman because it contained Lesbian, Gay, Bi and Trans characters. It was Wanda that upset them most: the idea of a Trans Woman in a comic book… They told us they were organizing a boycott of Sandman, which they would only stop if we wrote to the American Family Association and promised to reform. I wonder if they noticed it didn’t work last time, either…"

Watch the trailer for Lucifer below: