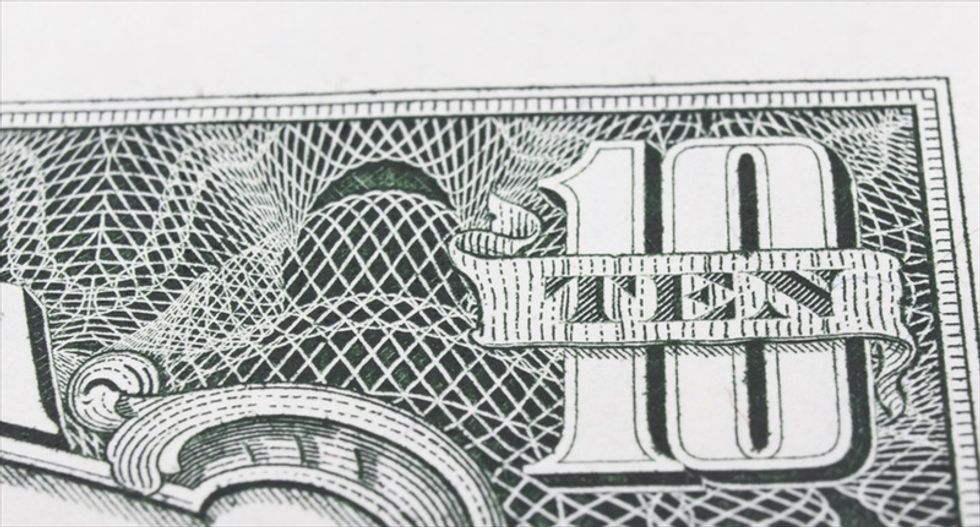 'Stack Of US Dollars' [Shutterstock]

For the first time in more than a century, U.S. paper currency will feature the face of a woman.

Treasury Secretary Jack Lew said on Thursday a newly redesigned $10 bill, set to be unveiled in 2020, will feature "a woman who has contributed to and represents the values of American democracy." He did not mention any names.

The release year coincides with the 100th anniversary of women gaining the right to vote.

"Our paper bills and the images of great American leaders and landmarks that they depict have long been a way for us to honor our past and discuss our values," Lew told reporters on a conference call.

"This decision of putting a woman on the $10 bill reflects our aspirations for the future as much as the reflections of the past."

The Treasury Department will collect public input in town hall meetings and via the hashtag #TheNew10 on social media on who and what should be depicted on the bill. Lew will make the final decisions on design.

The announcement follows a popular Internet and social media campaign, "Women On 20s," to put Harriet Tubman on the $20 bill in place of Andrew Jackson. Eleanor Roosevelt and Rosa Parks were two other finalists in the online voting campaign that ended last month.

But Lew said plans for the new bill began long before the campaign, with a decision made in 2013 to replace the $10 note. Security measures, along with a tactile feature to improve accessibility for the visually impaired, will be the main drivers behind the new design, he said.

"We're not just a U.S. currency; we're the world's reserve currency," he said. "And I'm excited that using the technology that's available to us, we can hear from the public."

He said Alexander Hamilton, featured on the current $10 bill, will remain on the note in some way.

The Susan B. Anthony dollar coin, which honored the 19th century feminist, was minted from 1979 to 1981, and in 1999, but the series was halted due to poor public reception.