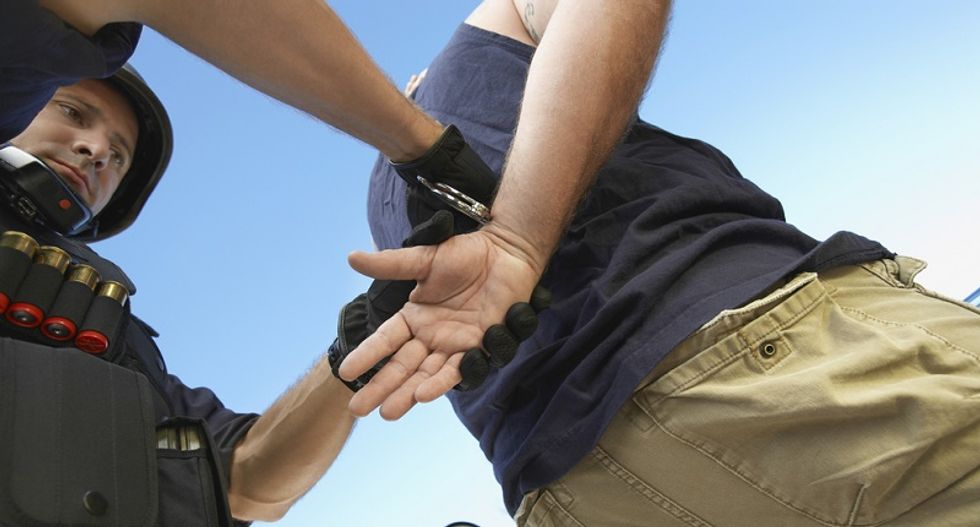 A person being arrested by a police officer (Shuttershock)

The United States has arrested 1,140 people on charges of sexually preying on children as part of a nationwide sweep to protect children, the U.S. Justice Department said on Monday.

The arrests stemmed from a two-month operation in April and May tracking alleged offenders who use the Internet to lure youths and traffic them into commercial sexual exploitation, child pornography and traveling abroad to engage in child sex tourism, it said in a news release.

In Texas, for example, 17 men were charged with a range of crimes that included stalking children on the Internet for sex, and possession and distribution of child pornography, it said.

Among the men arrested in Texas were three soldiers and a former employee of the Boys and Girls Club of Central Texas.

"Predators use technology in sinister and inventive ways to reach their child victims across state and national boundaries," Robert Listenbee, administrator of the department's juvenile justice and delinquency prevention program, said in the news release.