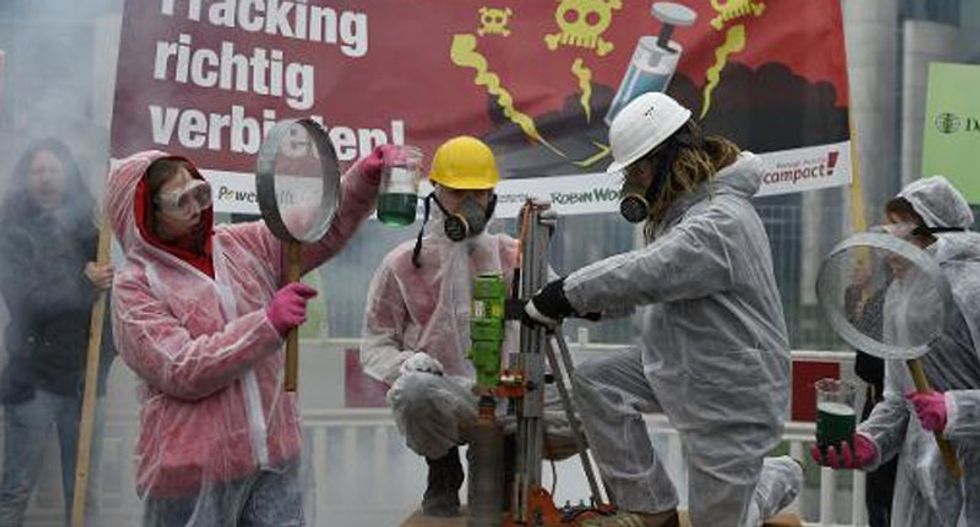 Denton made headlines last November when voters in the university city of 125,000 on the Barnett Shale near Dallas decided to prohibit fracking amid concerns about the impact of its 280 wells on health and the environment. It became the first city to ban fracking in the heavily Republican, oil-industry friendly state. Denton had already issued a moratorium on new gas drilling permits in May last year.

But victory for fracking opponents was short-lived. A trade body, the Texas Oil and Gas Association (TXOGA), filed a lawsuit the next day alleging that the city had exceeded its powers. A state agency, the Texas General Land Office, also took legal action against Denton. Then last month Texas governor Greg Abbott signed a bill known as HB 40 which establishes that state laws trump local laws on oil and gas activities - in effect, banning Denton’s ban .

After waiting for a couple of weeks and considering its options as construction trucks rolled back in and fracking resumed, the city council voted 6-1 to repeal the ordinance on Tuesday in the hope of reducing legal costs, a day after the TXOGA and Land Office amended their lawsuits in the wake of HB 40’s passage.

The city said in a statement: “As this ban has been rendered unenforceable by the State of Texas in HB 40, it is in the overall interest of the Denton taxpayers to strategically repeal the ordinance.”

Activists are not abandoning hope. “I think we’re definitely discouraged but not ready to throw in the towel. There is still room to fight within the law … I think it’s just the beginning,” said Luke Metzger, director of Environment Texas.

He said there is a lot of “grey area” in the new bill that may ultimately give cities the opportunity to challenge it in court and exert some measure of control over activities, for example in determining how far wells are situated from residential areas. Metzger said that about 300 Texas cities already have local regulatory ordinances of varying strengths.

“This is definitely not the end of the line,” said Adam Briggle, president of an anti-fracking group, Denton Drilling Awareness. “It is the beginning of a new chapter in our fight and it’s one that’s going to be Texas-wide now.”

Briggle said that in the wake of the state-wide legislation, activists would seek to form coalitions of cities and grassroots groups across Texas to work together to “defend local control and health and safety” and potentially aim to vote out politicians who backed the law.

A blind 92-year-old woman was among several protesters arrested on Tuesday for criminal trespassing while protesting at a fracking site in Denton. “It pollutes our water, and the noise is incredible,” Violet Palmer told the Denton Record-Chronicle after being booked into the city jail. “It’s not about my age, it’s about my vote … I did what I did for the citizens.”