US and Cuba reportedly set to announce deal to reopen embassies 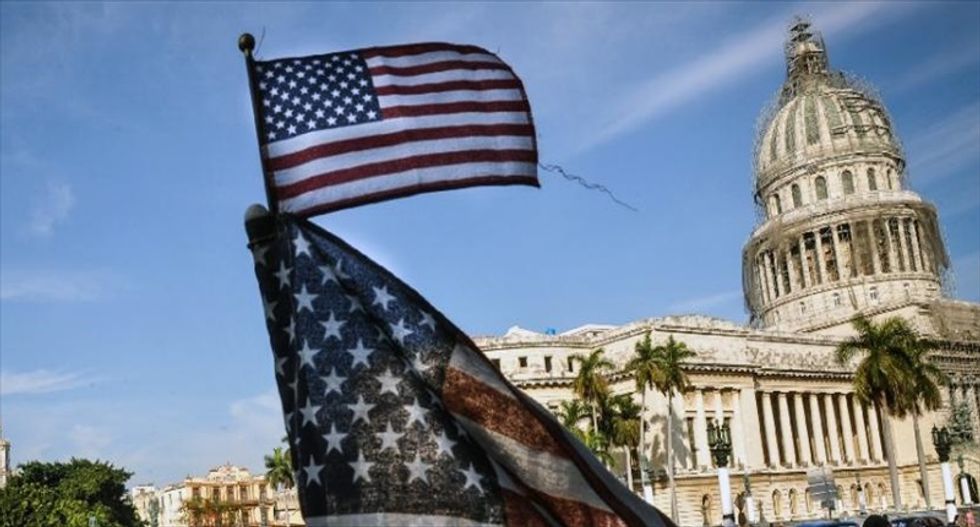 US flags are seen in a bici-taxi near the capitol in Havana on Jan. 23, 2015. Photo by Yamil Lage for Agence France-Presse.

The United States and Cuba have agreed to restore diplomatic relations and reopen embassies in Washington and Havana, a major step toward ending decades of Cold War enmity, a US source said Tuesday.

"We will formally announce tomorrow that the United States and Cuba have reached an agreement to re-establish formal diplomatic relations and open embassies in each other's capitals," the source said.