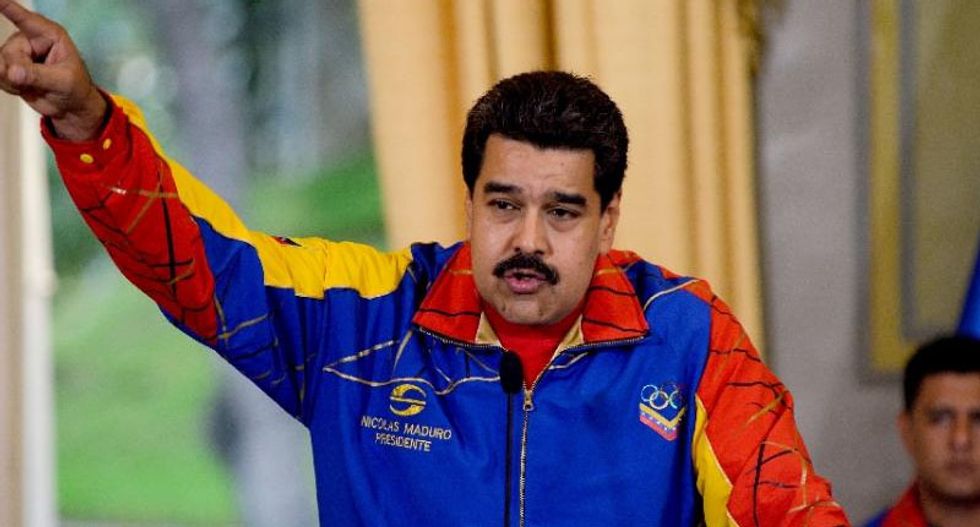 Venezuelan President Nicolas Maduro lashed out Thursday at US billionaire and presidential candidate Donald Trump for saying Mexican immigrants were bringing crime and drugs to the United States.

"I completely reject Donald Trump's statements. Rogue. Thief. How dare you mess with our brothers. Your country has already persecuted and exploited them enough," the Socialist leader said in a typically boisterous diatribe on national TV and radio.

"Venezuela raises its voice in defense of the Mexican people offended by this magnate, this bigwig," said Maduro, the hand-picked successor of late leftist firebrand Hugo Chavez.

Trump made the remarks Tuesday as he announced his decision to run for president, joining a packed field of Republican contenders for the 2016 race.

Speaking from his Trump Tower in New York, the 69-year-old property tycoon ridiculed his opponents and launched a tirade against Mexico.