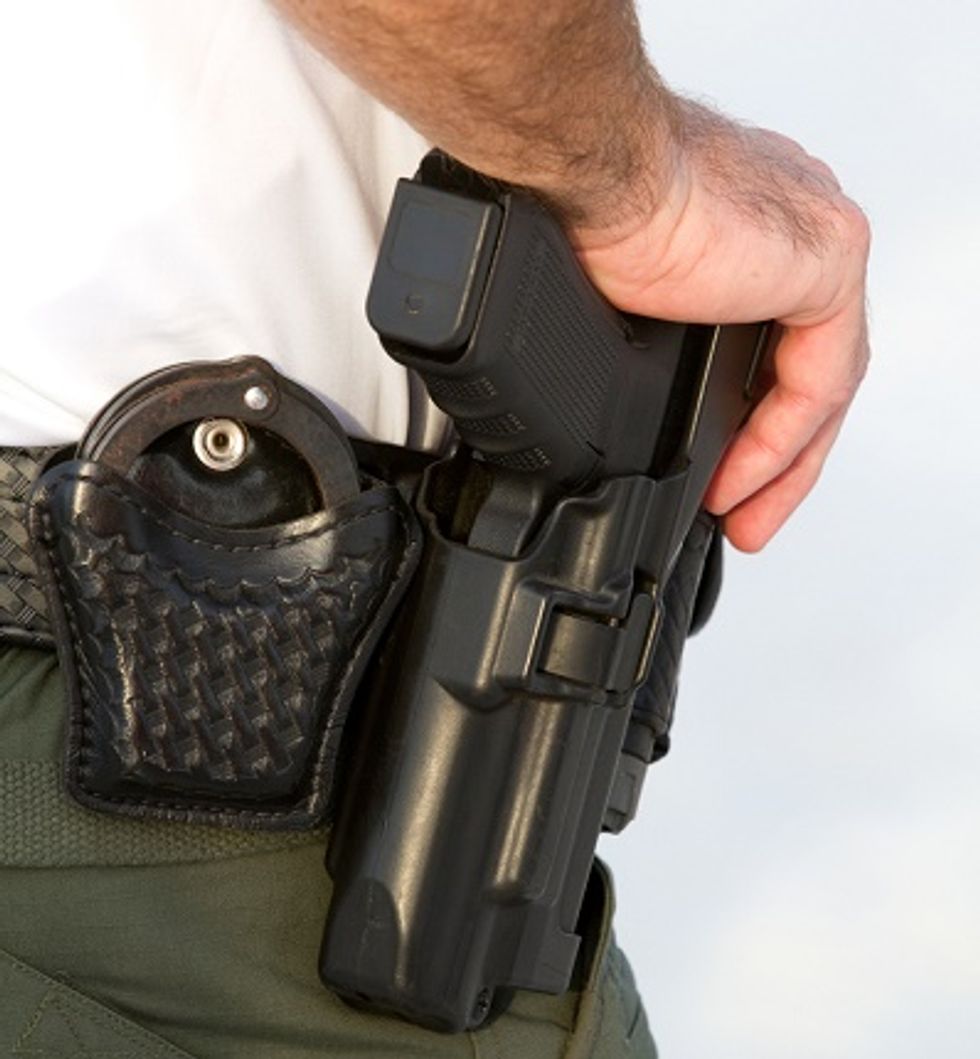 A Virginia policeman indicted in the killing of a mentally ill black man last summer has been released from jail on his own recognizance pending trial, according to a local media report on Saturday.

Edington said Latham had threatened him with a knife, the Virginia Pilot newspaper reported. Latham, who had a long history of mental illness, was shot eight times by police, including twice in the back, according to local media reports.

Edington, who was indicted by a special grand jury on Thursday, was booked into jail and released on his own recognizance without having to post a cash bond, the Pilot reported.

Police could not be reached on Saturday for comment but Norfolk Police Chief Michael Goldsmith has urged the public not to rush to judgment and to exercise patience while the case proceeds.

U.S. courts have traditionally ruled that officers should have wide latitude to use physical force to defend themselves.

Edington will remain on the job assigned to administrative duty pending the outcome of the case, Norfolk Mayor Paul Fraim said.

The officer's indictment comes amid a national outcry over police violence against minorities, sparked by high profile police killings of unarmed black men in cities across the country in the past year, as well as grand jury decisions to not criminally charge the officers involved.