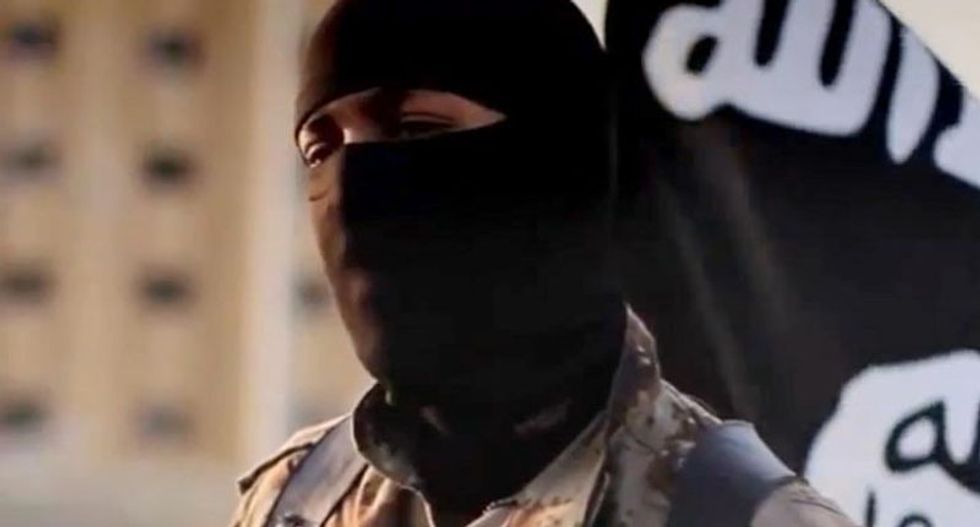 A screen shot released October 7, 2014 shows an English-speaking individual, who was seen in an Islamic State group propaganda video (AFP)

A tech-savvy US teen pleaded guilty in court on Thursday to using social media to aid the Islamic State group, a crime punishable by up to 15 years in prison.

Ali Shukri Amin, 17, a resident of Virginia, admitted in court to providing advice and encouragement to IS and its supporters.

"Guilty, sir," the teen answered, when asked by the judge in the court in Alexandria, Virginia to state his plea to the charges.

With a slender build and wearing a trace of a moustache, the high school student admitted to having sent more than 7,000 Tweets in support of IS.

Under the Twitter handle @Amreekiwitness, Amin provided IS supporters instruction on using the virtual currency Bitcoin to conceal financial donations to the radical Islamist group and the best way to encrypt their online exchanges.

The teenager also expressed support for jihad on his Al-Khilafah Aridat blog.

And he used what the FBI official leading the investigation called his "prolific online presence" to offer guidance to supporters seeking to travel to Syria to fight with IS.

"Around the nation, we are seeing ISIL use social media to reach out from the other side of the world," said John Carlin, US Assistant Attorney for National Security, using the acronym most frequently employed by Washington officials when referring to IS.

"Their messages are reaching America in an attempt to radicalize, recruit and incite our youth and others to support ISIL's violent causes," he said.

The Justice Department said Amin also facilitated travel for another young ISIS recruit, Reza Niknejad, 18, who traveled to Syria to join the group in January.

Carlin, in a statement, issued a warning to parents to closely monitor their kids' online interactions.

"This case serves as a wake-up call that ISIL's propaganda and recruitment materials are in your communities and being viewed by your youth," the federal prosecutor said.

"This challenge requires parental and community awareness and action to confront and deter this threat wherever it surfaces," he said.