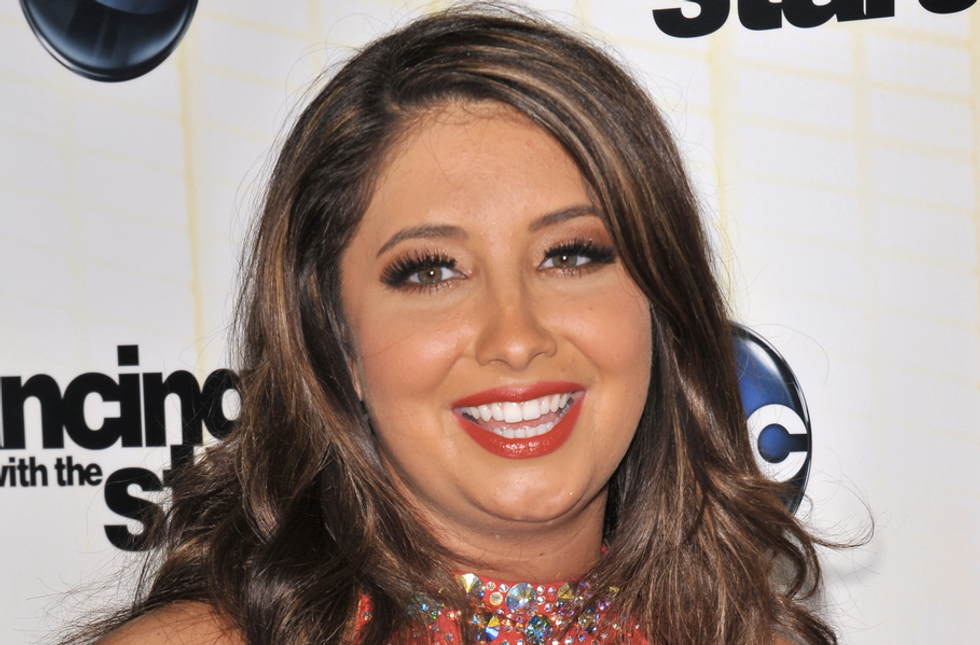 To celebrate Bristol Palin's recent glorious announcement that she is once again heavy with child -- as well as to honor her wish that we not "lecture" or harangue her about her latest indiscretion involving some unnamed man's bodily fluids -- I thought I would dig something out of the ol' vault and dust it off.

"Bristol Palin’s Airing of Grievances" would be from June 21, 2011, meaning it just turned four-years-old.

Bristol Palin -- who is the Melissa Rivers of the GED set --  has a book out that she she  didn’t write but most likely dictated to someone else once she could talk again after she had all of her teeth removed because they make her ass look big.

In this book, Bristol explains that everyone seems to instinctively hate her at first sight and these haters include but are not limited to: the entire McCain family, the entire cast and crew of Dancing With The Stars, everyone in America, and probably even a Japanese soldier holed up on some island in the Pacific who is still unaware that WWII is over.

It seems that Meghan McCain, who totally could have been Bristol’s BFF and they could have stayed up late at night  braiding each others hair and lesbian-experimenting, treated Bristol like the help and not the good Mexican help who actually do, you know, work:

Palin writes that the first time she met the 26-year-old daughter of Sen. John McCain, she “ignored us during the entire visit.” This was just before Senator McCain introduced Sarah Palin as his running mate. Palin adds that she “had a sneaking suspicion I might need to watch my back.”

“Every time we saw Meghan, she seemed to be constantly checking us out, comparing my family to hers and complaining,” she writes. “Oh the complaining.”

…complained Bristol to the person who wrote her book but will never admit it because of the shame.

Then Bristol complained about how her future baby daddy stole her innocence by plying her with Bartles & Jaymes  (snowbilly champagne) and afterward they pinky-swore a solemn blood oath to never ever have sex again until they were united in the eyes of White Jesus, and that lasted until there was nothing to do -- what with it being Wasilla and all -- and they were suckin’ on chili dogs outside the Tastee Freeze and Levi was all “Dribble off those Bobby Brooks and let me plow you like a snow-choked Salmon River Road ” (snowbilly poetry) and Bristol finished off her fifth chili dog and said “Whatev’s” and wedged herself into the backseat of Levi’s Ford Escort.

Then, next thing you know, Bristol was knocked up before getting married (just like her mom!) and she pooped out possibly her second child and this somehow made her role model for abstinence to the kind of people who will pick up her book along with 5-gallon tubs of Cheezy-Bacon Corn Syrup Puffs at Walmart because Bristol Palin’s life is like a fairytale or something.