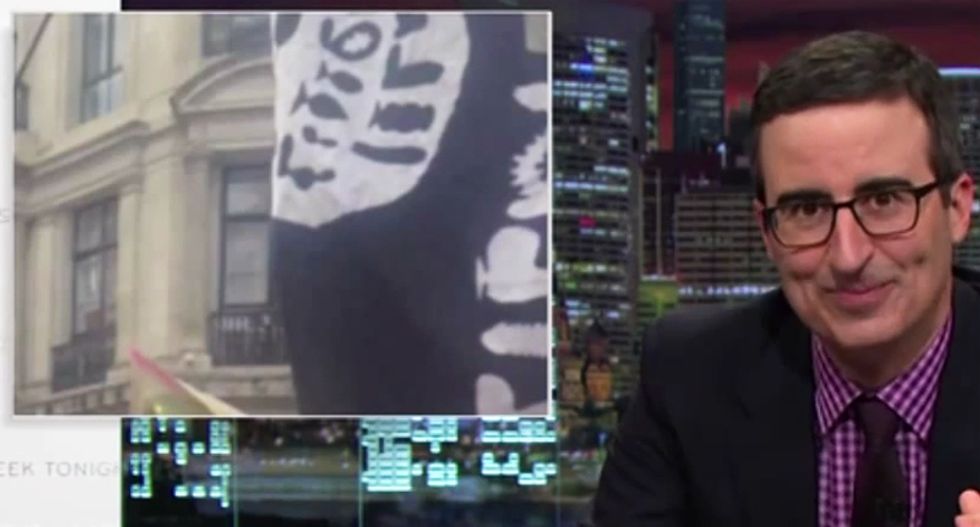 Oliver shared a clip of CNN's "exclusive" coverage of the flag spotted at the London pride parade, with the local correspondent wondering why parade officials weren't concerned that terrorists had infiltrated their event.

Oliver then mocked the network for failing to come forward and admit their error.