Watch: John Oliver has a suggestion for South Carolina's Confederate flag -- and it's perfect 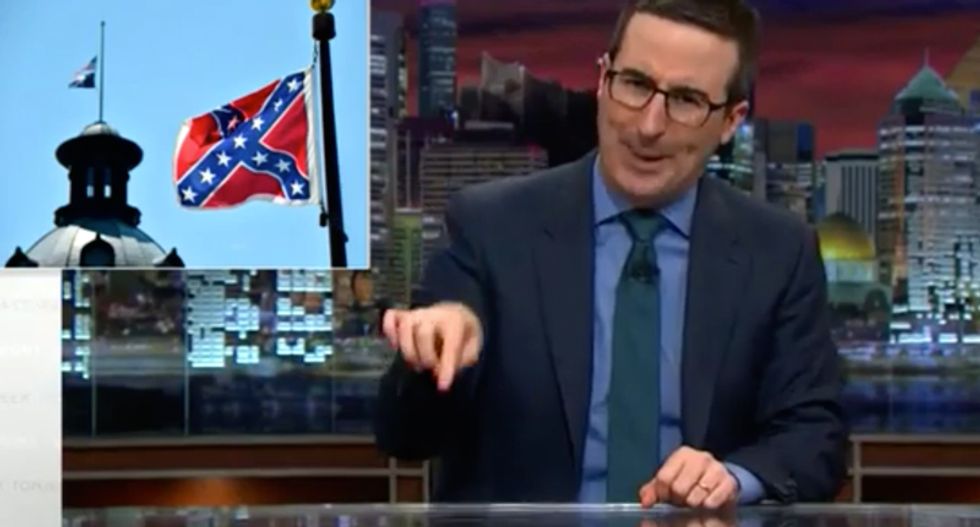 HBO's John Oliver kicked off this week's episode of Last Week Tonight by discussing the terrorist attack in Charleston, South Carolina on Wednesday that resulted in the death of nine black churchgoers attending a Bible-study meeting at the historic Mother Emanuel AME Church.

"It's hard not to feel disillusioned watching the most powerful man in the world sound so hopeless," Oliver said.

Oliver then turned to the issue of the Confederate flag that flies over the top of South Carolina's statehouse -- as well the state law that prohibits it from being removed. "The Confederate flag is one of those things that should only be seen on t-shirts, belt buckles and bumper stickers to help the rest of us identify the worst people in the world."

After illustrating how some conservative politicians "go through comical contortions to avoid criticizing" the seditious symbol -- including South Carolina's Senator Lindsey Graham (R) -- Oliver came up with his own suggestion for what should be done with it.

Watch video of the segment below via Crooks and Liars: