WATCH: MSNBC host goes berserk when ex-Cheney aide says it's too soon to talk about guns 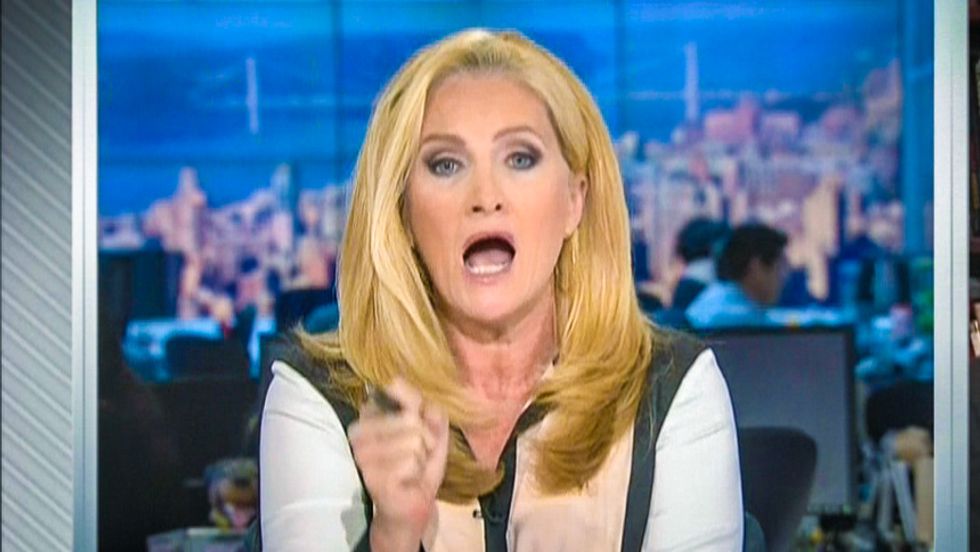 After a years-long pattern of mass shootings followed by conservatives who always say that it's too soon after the tragedy to talk about gun control, MSNBC Alex Witt finally hit her breaking point on Saturday.

President Barack Obama noted last week that there had been nine mass shooting during his presidency significant enough that he was moved to make public comments. But he lamented that the ongoing tragedies had not given lawmakers the courage to stand up to Washington's powerful gun lobby.

During a discussion on the most recent massacre at a black church in Charleston, MSNBC's Witt pointed out that conservatives often argued that guns were not the problem because "people kill people."

"I think that is accurate," Christie agreed. "But I think at a time when we haven't even had an opportunity to mourn for those who lost their lives, to mourn for the family members who are grieving, the thing we shouldn't be doing is talking politics and talking about gun control."

Witt had apparently heard that argument one too many times.

"You know what, I hear you, Ron, and I've got to say this," she shot back. "This is one of those issues -- I try to stay neutral on this broadcast and let you, Democrats and Republicans alike fight."

"I'm so angry about this, I can't see straight!" Witt continued. "I'm so angry that people have to be mourning the loss of life. There's got to be something we can do. I respect the fact that we all have to be allowing for mourn and respect and love and remembrance right now. But after that period, then what?"

"I don't think a gun control law like the president has proposed is the solution, Alex," Christie replied.

According to the former Cheney deputy assistant, gun safety reform laws should not be considered because none of them would have stopped the recent shooting in Charleston.

Former Vermont Gov. Howard Dean (D) noted that conservatives had "two years to mourn for the 20 kids that were killed in Newtown."

"So, to say we shouldn't do politics at this time because we're in mourning is nonsense," Dean said.