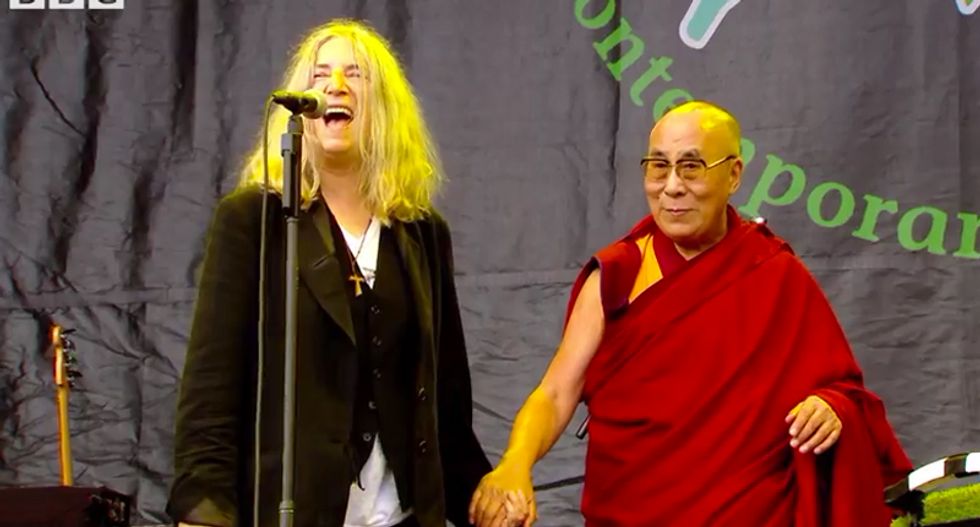 The crowd at the 2015 Glastonbury music festival went crazy on Sunday as the Dalai Lama gave a speech about happiness while sharing the stage with American rock icon Patti Smith.

Prior to addressing the crowd, Smith presented the exiled Tibetan leader with a birthday cake before leading the crowd in a rousing version of "Happy Birthday."

The cake and song came early for the spiritual leader who turns 80 on July 6.

In his speech, the Dalai Lama called violence in the world "Unthinkable."

“In this very moment, in some part of the world, like Syria, Iraq, Nigeria and some other places they’re killing, human to human being. Unthinkable," he said. "And the worst thing [is] conflict, killing each other, in the name of their faith. Unthinkable.”

Despite being a hard act to follow, American pop star Lionel Ritchie took the stage afterward.

Watch the video below from the BBC: