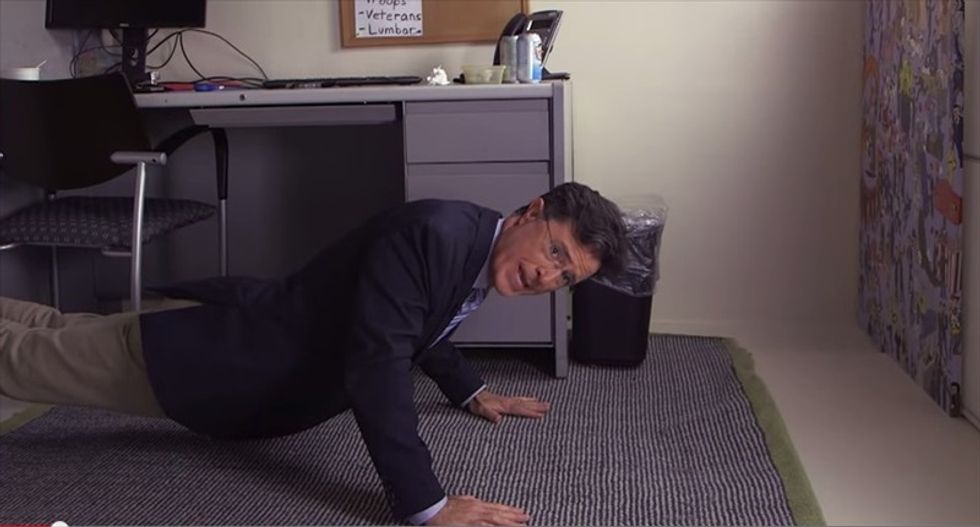 Late Show host Stephen Colbert dropped and gave the troops 20 push-ups on Monday as part of a charity effort in response to a challenge from his Last Week Tonight counterpart, John Oliver.

As USA Today reported earlier this month, the #GiveThem20 campaign involves doing 20 push-ups or sit-ups in honor of US military forces. Oliver responded by challenging Colbert, the Rockettes and former Daily Show colleague Rob Riggle, who served in the Marine Reserve Corps for 23 years.

Like Oliver, Colbert used some slight-of-hand during his effort, and challenged fellow late-night hosts James Corden, Jimmy Kimmel, "and either Karl Lagerfield or the Pope -- you two work it out, guys."

Watch Colbert's "push-up challenge," as posted online on Monday, below.

And Oliver's push-ups can be seen here.