'We are surrounded': Firefighters battle massive blazes from Alaska to drought-hit California 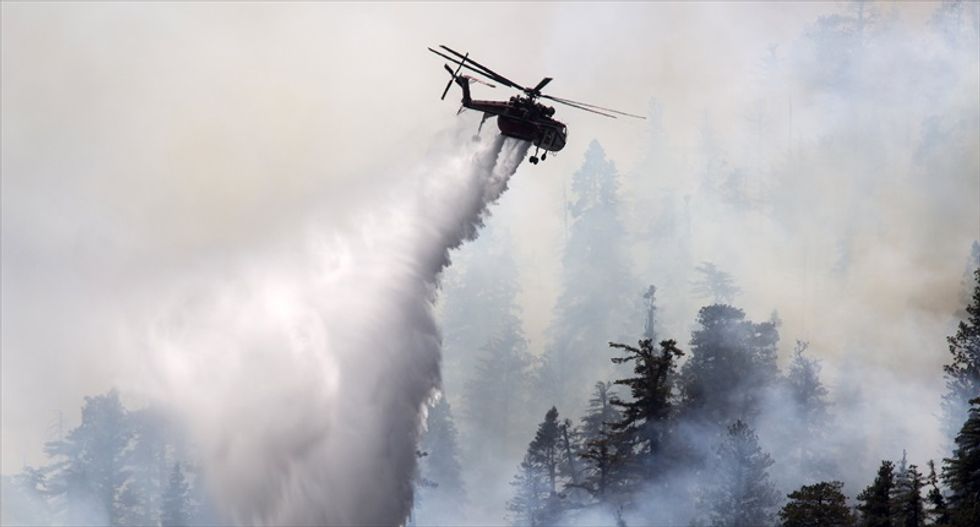 Firefighters were working on Friday to contain several massive wildfires raging from Alaska to drought-hit California that have forced hundreds of people to evacuate from their homes and damaged dozens of structures.

The so-called Lake Fire in a mountainous national forest outside Los Angeles had swelled to 11,000 acres (4,500 hectares) on Friday from 7,500 acres (3,000 hectares) the day before as it scorched old-growth timber on steep slopes and threatened some 150 structures, the San Bernardino County Fire Department said.

Fire crews backed by bulldozers and water-dumping aircraft are battling to keep the blaze from crossing Highway 38 near the small city of Big Bear, the department said.

Highway 38 and other roads remained closed in the area and officials ordered people away from vacation cabins and camp sites.

In Alaska, about 900 firefighters were battling two major blazes in a state that has 56 active wildfires ranging from a few acres to 10,000 acres (4,000 hectares), officials said.

The fires have destroyed about 40 structures, forced nearly 1,000 people from their homes and restricted traffic on a major highway this week.

"We are surrounded by fire right now," said National Weather Service meteorologist Matthew Clay in Anchorage, adding that smoke from both fires could bear down on the city amid shifting winds. "If we get a stable air mass, we are looking at getting smoked-in potentially."

In Arizona, fire officials said they have gained control of a 1,400-acre (600-hectare) brush fire that once threatened the 2,000-person community of Kearny, about 90 miles (145 kms) southeast of Phoenix, and forced hundreds of evacuations.

The blaze was 40 percent contained as of midday Friday and all evacuees have been allowed to return to their homes.

But crews on Friday continued to work the fire's perimeter to extinguish any hot spots, with full containment expected in a few days, officials said.

The so-called Kearny River Fire broke out on Wednesday and burned through a dry riverbed heavy with volatile salt cedar trees.