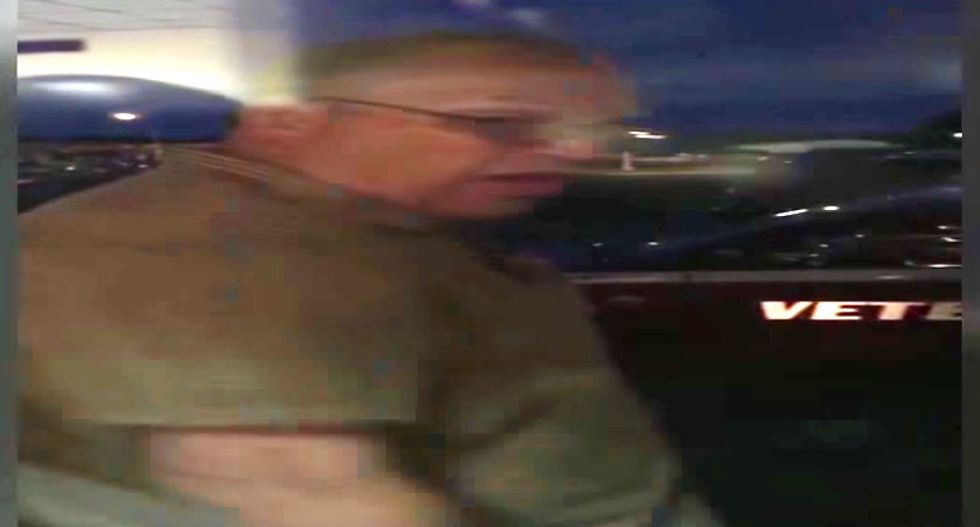 No one was injured in the incident at the United Nations Church International, about 4 miles from downtown in the predominantly black capital city of Virginia, and police quickly took the person into custody, WRIC reported.

The confrontation came a night after a white man opened fire inside an historic African-American church in Charleston, South Carolina, during a Bible study, killing nine people in an attack that is being investigated as a hate crime.

A video of the Richmond incident posted online by WRIC showed the man outside the church rapping on the window with an object and using a racial epithet as those inside frantically called for the doors to be locked.

"All I know is he had a weapon in his hand, banging on the glass, and calling us niggers," the senior pastor, Bishop Oren Pullings, told the station.

Witnesses told the broadcaster the man threatened to kill everyone in the church.

Reuters could not independently verify the report. Calls to the Richmond Police Department were not immediately returned.

Wednesday night's shooting in Charleston followed a string of police killings of unarmed minorities across the United States over the past year that prompted waves of protest and renewed a movement for civil rights under the banner of "Black Lives Matter."