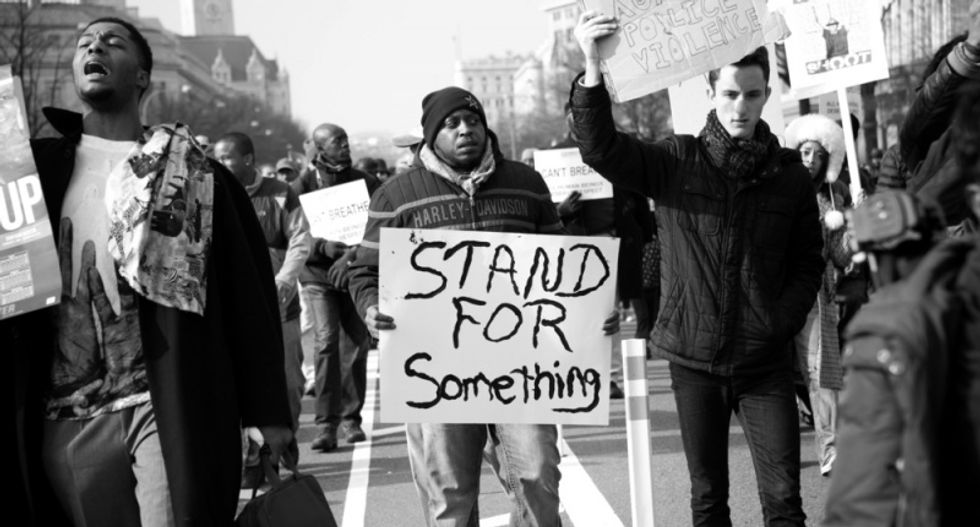 As America celebrates Juneteenth on Friday, some people have elected to oppose commemorating the formal end of slavery in the United States.

Friday is the 150th anniversary of "America's second Independence Day" -- and recognizes the federal prohibition on enslaving black people. For centuries, the country's economy depended on forced labor from a class of worker deemed unworthy of monetary compensation because of the complexion of their skin.

The legacy of slavery in the United States is complex -- and lasting. As we see in Ferguson, McKinney, and all over the country, state-sanctioned violence against black people still happens, regardless of what laws on the books against racial discrimination do or do not say.

The seemingly uncontroversial holiday honoring a ban on human enslavement has alarmed white supremacists, who took to Twitter Friday morning to express their grievances. Other people encountered ignorance about Juneteenth in person, and tweeted about their experiences.

Hey white people who are going to bother black folks today with what is #Juneteenth I did your homework for you https://t.co/crE2VfRXkT Read
— 💋Mouthy Gurl💋 (@💋Mouthy Gurl💋)1434717236.0

#Liberalism is the promotion of tolerance while excluding oneself from its requirements. #Juneteenth
— Mickey Knox (@Mickey Knox)1434722824.0