Why the game of thrones matters on Game of Thrones 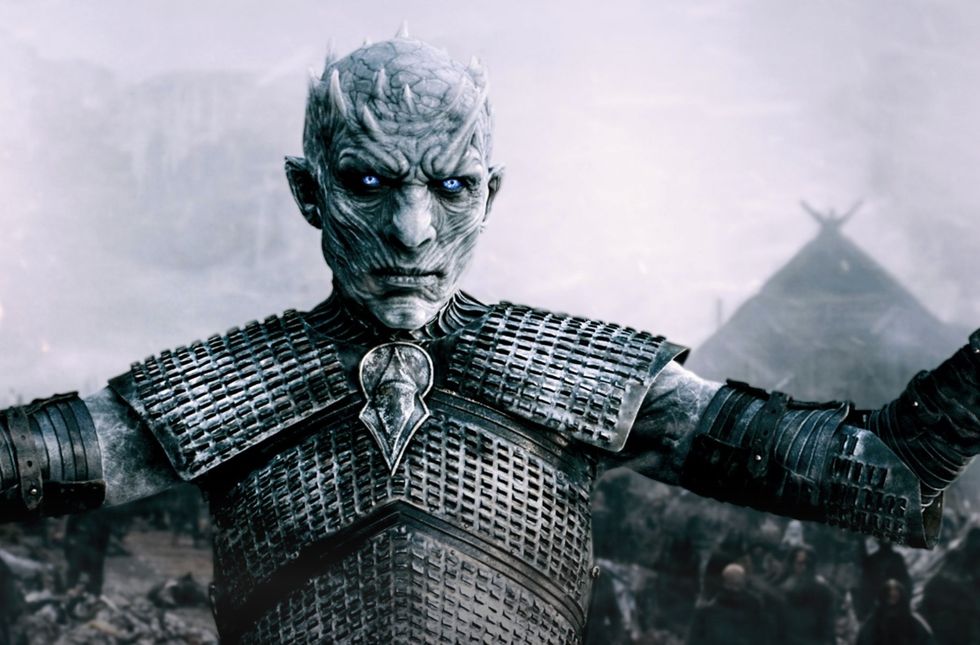 I'm on vacation until Wednesday, but that doesn't mean that we missed Game of Thrones---or missed being able to do a House Slate video about it.

I've been seeing a bit of common wisdom about the "Hardhome" episode---which was fucking awesome---shaping up, and I feel I have to push back. That common wisdom is that this White Walkers showdown is a reminder that, as interesting as all the political machinations of the show are, in the end those political machinations aren't going to matter because winter is coming. Some people are even beginning to complain a little that they're getting invested in plot lines that ultimately won't matter because of the threat of the White Walkers. Amy Sullivan of the Atlantic was full-throttle on this front:

But I still end up with this crisis, Chris and Spencer. The show is called Game of Thrones. We’ve followed nearly five seasons of political maneuvering and scheming, and we have this fascinating counterpoint across the Narrow Sea in a leader who wants to turn the whole game upside down by putting power in the hands of the people. And yet it is starting to look like the real reason Dany may matter is that the only known ways to destroy White Walkers all have some connection to House Targaryen.

Yeah, no. The game of thrones matters even while this existential threat to humanity is bearing down. And that, of course, is because the game of thrones completely shapes how humanity will be able to respond to this threat. As the video above lays out, I would argue, the politics of this world have shaped the three main characters in such a way that it made them who they are, which is the people who can save the world. This is true in ways both big and small.

For instance, it was the game of thrones that caused Jorah Mormont to be exiled to Essos. Because of this shame, his father, Lord Commander Mormont, gave his Valyrian steel sword to Jon Snow instead of Jorah. Because of this, Jon has figured out an incredibly important way to fight back.

But in the present time, it also matters because the game of thrones, as it currently stands, is dramatically weakening the ability of humanity to fight back. Steve Attewell at Salon singles out one extremely troubling example:

There will be many who say in the wake of this episode that the political conflict that has taken center stage for so long is ultimately a sideshow to the real conflict. But I think we see in this choice the critical importance of that conflict – the struggle for control of the North has lured Stannis to the snowdrifts outside of Winterfell, and thus has placed in jeopardy the Night’s Watch’s access to one of the few weapons that can slay their enemy. And the question of whether the Great Houses of Westeros will accept or deny Dany may ultimately decide whether the Mother of Dragons will be mired in mundane conquest in the south, or make it to the Wall in time for the second Battle for the Dawn.

In the books, you frequently see this military strategy where one would-be conqueror hangs back and lets two of his foes battle it out, weakening both sides, so that he can attack. That's Littlefinger's plan with Winterfell: Let the Boltons and Stannis wail on each and then, no matter who wins, take advantage of their depleted resources and weakened army to attack them with fresh, well-fed troops. It comes up more in the books, but it's a recurring theme: Let the little guys wear each other out and then attack.

What is clear is that this is exactly what the White Walkers are doing: Letting humanity weaken itself with infighting before swooping in and conquering a fragile enemy.

That's why it does matter that Cersei and Margaery are in cells and there's a power vacuum. Hell, that's why it matters that Cersei's machinations got Ned Stark killed. Right now, there's probably dozens of ravens flying to King's Landing explaining about the army of the dead and the need for dragon glass and troops, and no one gives a fuck. That's because there is no Hand of the King to answer those ravens. And the Grand Maester who was tasked with collecting those ravens has been pushed out of power and replaced with a crazed weirdo who probably doesn't give a fuck. Imagine if Ned Stark were the Hand of the King still. Do you think Ned would be interested in hearing from his own son (well, probably nephew) who is sending him ravens explaining what is going on? The answer is a resounding yes. But because of the game of thrones, those ravens are going unanswered. Probably unread.

Not to belabor the point, but the game of thrones is why this story is a profound one, instead of just a cool story about zombies threatening humanity. George R.R. Martin is spinning a tale about how human beings are often our own worst enemies, because we get caught up in petty grievances and even pointless wars that distract us from the real problems. It's not even really an exaggeration. That's why no one is going to do anything to fix global warming before it's too late. Too many whiny Republicans who treat pollution as an excellent way to piss off the liberals, coupled with greedy Republicans who want that sweet oil money, even if it destroys our planet. In and of themselves, White Walkers aren't that interesting: A malevolent evil that will kill everyone if not stopped. The real story is why humanity can't get it together to stop them.

Authorities are responding to a mass shooting in Florida.

"Three people have been transported to area hospitals following a shooting at Aventura Mall on Saturday afternoon, according to Miami-Dade Fire Rescue. The shooting took place at around 4 p.m. at the mall located in the 19500 block of Biscayne Blvd," CBS Miami reported.

The role right-wing media media played in convincing gullible Trump supporters that he did not lose the election was on full display in a CNN interview broadcast on Saturday.

More than 200 people have been injured in heavy clashes between Palestinians and Israeli security forces in Jerusalem.

The Palestinian Red Crescent gave the number of injured as 205 early on Saturday morning, 88 of whom were taken to hospitals.