Wisconsin GOPer says no medical training needed to ban abortion: 'What does that have to do with the bill?' 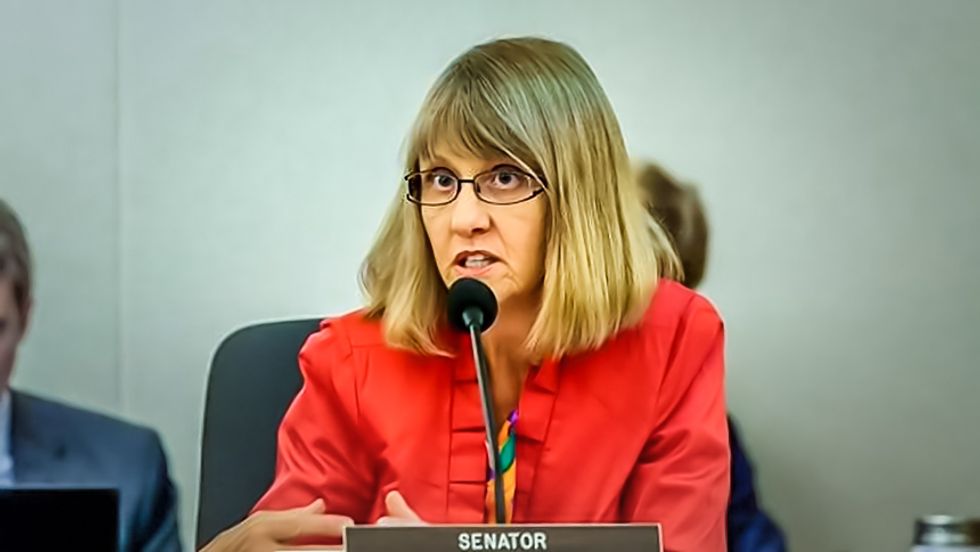 The sponsor on a bill that would ban abortion after 20 weeks in Wisconsin said this week that medical professionals did not help write the legislation.

On Tuesday, lawmakers on the Wisconsin state Joint Health Committee debated a bill that seeks stop all abortions after 20 weeks without any exceptions for rape or incest. State Sen. Mary Lazich (R), however, insisted to colleagues that the measure she was sponsoring was a bill to prevent "children" from feeling pain, an idea that is based on refuted studies claiming fetuses can experience pain after 20 weeks.

Democratic state Rep. JoCasta Zamarripa pointed out that the 20-week ban made no exceptions for rape or incest.

Lazich suggested that no exceptions were necessary because "rape and incest people tend to deal with that in the very early stages, days, weeks."

Zamarripa also pointed out that the bill would require doctors to save a mother's life in the way that was most likely to ensure a child's survival, which might not be in the best interest of the mother.

"It's a provision that maximizes the survivability of the unborn child with no regard for the impact that it would have on the woman's life," Zamarripa said.

Rep. Jesse Kremer (R), who co-authored the bill, said that the language was necessary to make sure that physicians were not "intentionally killing a child just to kill a child."

"Why do you think medical groups like the Wisconsin Medical Society oppose the bill?" Zamarripa wondered.

Lazich argued that she had spoken to "many" anti-abortion medical doctors who supported the bill.

"If you think you have a solid bill here, why do all the medical groups in Wisconsin oppose this bill?" Zamarripa pressed.

Lazich replied that she would rather put her life in the hands of doctors who opposed abortion, and instead "take the life-affirming approach."

"Can I ask who wrote the bill and did they have medical training?" Zamarripa asked.

"Do either of you have any medical training," Zamarripa followed up.

"What does that have to do with the bill?" Lazich shot back as the audience gasped. "Do you have medical training?"

Zamarripa reminded the Republican lawmaker that her bill was before the Joint Health Committee.

"It could put the lives of many, many women in danger," she observed. "I think that's an appropriate question."

Watch the video below from Wisconsin Eye, broadcast June 2, 2015.