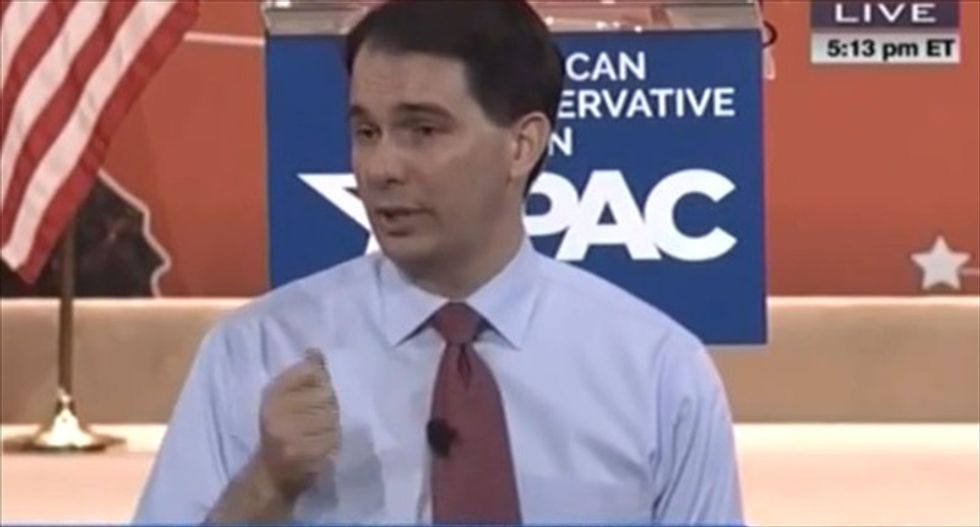 Wisconsin Governor Scott Walker said on Thursday he will announce the week of July 13 whether he will seek the Republican U.S. presidential nomination in 2016.

"The week of the 13th is when we will be likely to make our announcement as to what our intentions are," Scott told Fox News.

Walker is in second place among the large field of Republican presidential candidates and expected entrants, trailing front-runner Jeb Bush, a former Florida governor, in an average of polls compiled by RealClearPolitics.

If he decides to run, Walker, 47, would enter the race with the potential to appeal to a wide swath of Republican primary voters, from establishment-minded moderates to conservative Christians.

Shortly after becoming governor in 2011, Walker proposed curbing the collective-bargaining rights of teachers and other public employees in the state. The ensuing political battle rallied conservatives and brought him national attention.

When Walker's measure became law, labor unions mounted an unsuccessful effort to recall him in 2012.

Walker won re-election in 2014, claiming victory for a third time in a political battleground state that has not voted for a Republican presidential candidate since 1984.