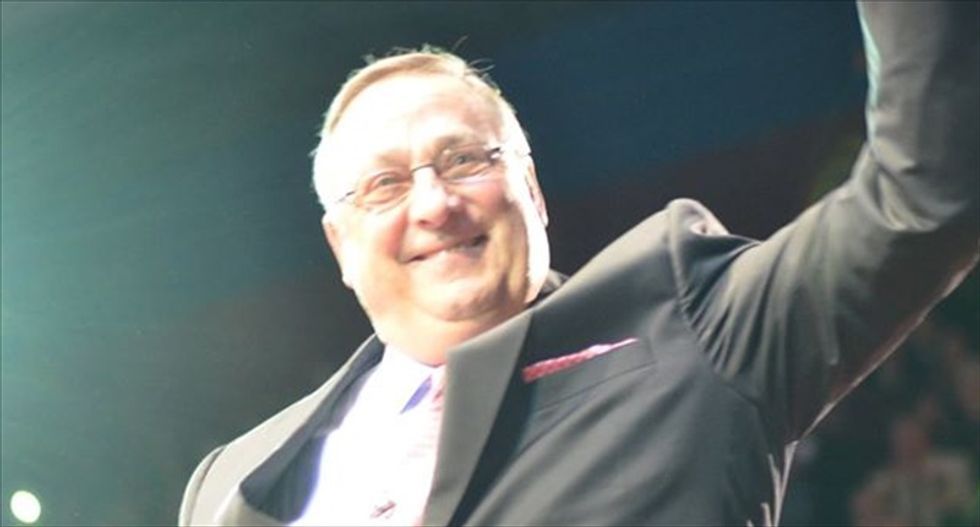 Opponents of Maine Gov. Paul LePage (R) said that they were delighted this week after the governor and his staff misunderstood the veto process for nearly 20 bills, destining them to become law.

The Bangor Daily News reported on Wednesday that LePage had attempted to use a "pocket veto" maneuver to kill at least 19 bills. Under "Maine's Path of Legislation" rules, a governor may effectively veto a bill by declining to sign it in a 10-day time frame after the bill has passed.

The catch is that the "pocket veto" only works if the Legislature has adjourned. Otherwise, the bill becomes law, according to the rules. And in this case, Maine's Legislature is still in session.

“I can’t even process this right now, that this is his latest move,” House Majority Leader Jeff McCabe (D) told the Daily News on Monday. “It’s very clear, as far as the role the governor has, when it comes to bills — whether he signs them, not signs them or vetoes them. To hold them for an arbitrary period of time doesn’t really work. He can’t rewrite the rules."

“We were expecting him to act on these last Thursday when he was hanging out with [Republican presidential candidate and New Jersey Gov.] Chris Christie, but he seems to have gotten distracted by that," McCabe added.

Included in the 19 or more bills is LD 369, which would permit asylum seekers to apply for assistance from the General Assembly. It was considered to be the most contentious bill of the legislative session.

LD 1013 seeks to prevent the shackling of pregnant women at Maine detention facilities, LD 1108 would ban electronic vaporizers in areas where traditional tobacco cigarettes are banned and LD 1185 would establish a municipal fund to support broadband development.

On Wednesday, the Daily News reported that the window for LePage to veto the bills had expired, "ensuring the bills become law."

ACLU of Maine Legal Director Zach Heiden pointed out in a statement that the state Constitution was clear on the matter.

“The governor had 10 days to veto the bills, he did not veto them, and now the bills will become law. We do not have a government of one, and the governor cannot make up the rules as he goes along," Heiden wrote.

Although most Republicans have reportedly had little to say about the botched vetoes, GOP consultant Lance Dutson called the mistake a “substantial screw up.”

“Thanks to the gov’s screw up, asylum seekers will now receive GA [assistance]. Love to see the base’s reaction to this,” Dutson wrote on Twitter.