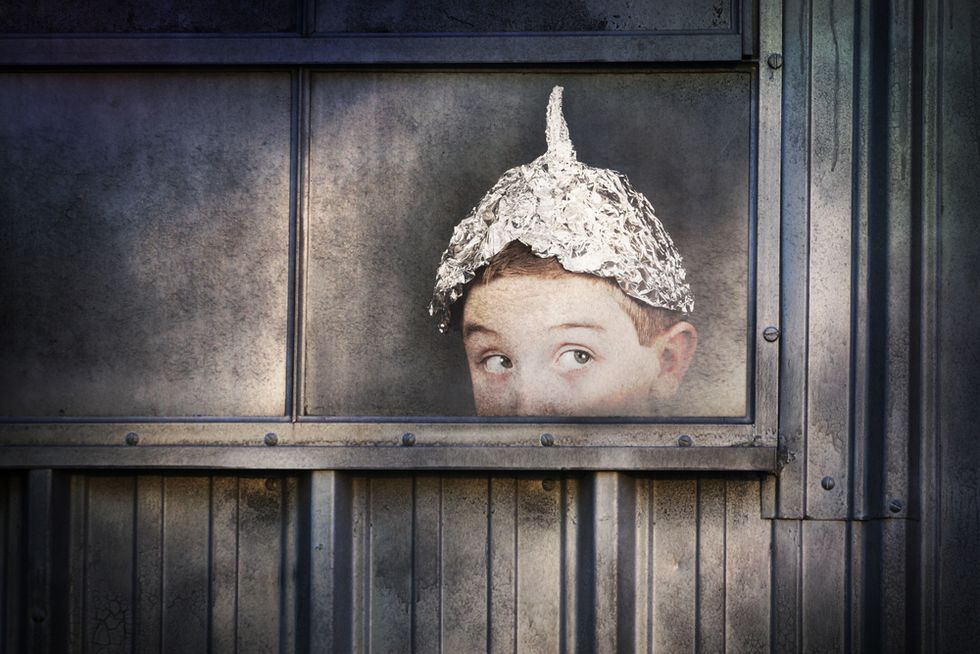 A “ Come and Take It” flag , one of Texas’s favourite symbols of defiant independence, flew proudly on a pole outside a ranch near Bastrop on Wednesday.

But on the first day of Jade Helm 15 , no one appeared to be coming, let alone taking anything.

A small town near Austin with a quaint Victorian downtown, Bastrop is supposed to be a hub of the vast US military training exercise that spans seven states and runs until September 15 . But Wednesday seemed to be a day like any other in Bastrop – which is to say not much was happening.

Certainly not the imposition of martial law, ice-cream trucks being used as portable morgues and empty Walmarts being turned into concentration camps, as some of the more extreme conspiracy theorists had predicted, fuelled by suspicions over the secretive and extensive nature of the exercise and flavoured by mistrust of the federal government.

While that sentiment is widespread in America, it perhaps reaches its apex in Texas, where many love to fantasise about the Lone Star State seceding and returning to the independent status it held in 1836 – four years after Bastrop was founded.

Jade Helm still has more than eight weeks to run. But none of President Obama’s jackbooted minions had mounted an assault on the Simply Sweet cupcake store on Bastrop’s main street, as of Wednesday afternoon. No Humvees were parked outside The Best Lil’ Hairhouse in Texas, which was still styling customers. A poster in the window of the tourist information centre promoted a seniors’ quilt raffle.

Though some men in sunglasses in a large black SUV with tinted windows and the word “Covert” on the license plate did pull up on Main Street and stride purposefully across the road, it turned out that they were going to a restaurant for lunch and “Covert” is the name of a local car dealership.

The Guardian spotted a military first-aid vehicle heading towards Camp Swift, a Texas National Guard base that has been named as one of the fourteen Jade Helm locations in the state. Jade Helm is also taking place in Arizona, Florida, Louisiana, Mississippi, New Mexico and Utah. Texas was designated as “hostile” territory in the exercise and had more Jade Helm locatons than anywhere else.

Related: Operation Jade Helm: why conspiracy theorists fear the US is invading Texas

“The public can expect little disruption in their day-to-day activities since much of the exercise will be conducted in remote areas,” the Army said in a statement . “The most noticeable effect the exercise may have on the local communities is a slight increase in vehicle traffic and the limited use of military aircraft and its associated noise.”

Eric Johnston had left his home in the Texas hill country at 4am to make the three-hour drive to Bastrop and monitor the military. He is a surveillance team leader for Counter Jade Helm, a civilian counter-insurgency exercise co-ordinated from Arizona, which does not subscribe to the more sensational theories but aims to track the troops in the interest of transparency.

By midday, he was on his way back west to the tiny town of Junction, 170 miles distant, in search of action. Johnston said he had seen “absolutely nothing” in Bastrop. “It will prove to be a bit of a long day,” he said. Still, “that’s kind of what we thought on day one”.

Perhaps the soldiers were in meetings, or had left their bases very early, or were on private land, or were yet to arrive. But there was an “interesting” unconfirmed report that cellphone service was out in Killeen, near the massive Fort Hood military installation, he said.

Johnston plans to return to Bastrop this weekend. In the meantime, four Counter Jade Helm spotters will work the area, he said, and the group will cover it next week too.

As elsewhere in Texas, it is hard to imagine that the citizens of Bastrop would be caught unarmed and unawares should hostilities commence. If President Obama really was intending to use Jade Helm to establish martial law, one imagines he might want to get the ball rolling with an easier target.

“They don’t have enough trucks in Camp Swift to collect all the guns round here,” said Dan Whitaker, the owner of firearms store Dan’s Guns and Stuff. Whitaker was looking out from behind the cash register at walls of hunting rifles, counters of handguns and a $15 T-shirt bearing an outline map of Texas, a pistol and the slogan We Don’t Dial 911. “There’s people who come in here who’ve got more guns than I do.”

A “Welcome Jade Helm” sign was up outside Whitaker’s store, located in the outskirts of Bastrop, where Whitaker said all was quiet. “I haven’t seen no trucks, no tanks. I’m really disappointed,” he said, deadpan though mildly intrigued.

“Right now, it’s like you’re chasing ghosts because you don’t see them,” he added, suggesting that perhaps this was deliberate. “If you think about it, most of your military special operators don’t want to be known,” he said.

At a meeting in Bastrop in April where an army spokesman gave details about the plan to concerned residents, Whitaker said, “they said they wanted to delve into the human side of things. In order to do that, they’d have to delve into the community.”

The 64-year-old said that business had not picked up because of the operation. Evidently few of his customers were taking the opportunity to stockpile weapons and ammunitions to defend themselves in the event of a takeover.

Germany's chancellor said Wednesday that he was “disgusted by the outrageous remarks" made by Palestinian President Mahmoud Abbas in Berlin, accusing Israel of committing “50 Holocausts” against Palestinians over the years.

German Chancellor Olaf Scholz's statement on Twitter came a day after Abbas refused to condemn a deadly attack by Palestinian militants on Israeli athletes at the 1972 Munich Olympics. Instead, Abbas countered by saying he could point to “50 Holocausts” by Israel.