Abstinence-only folks they have us all fooled 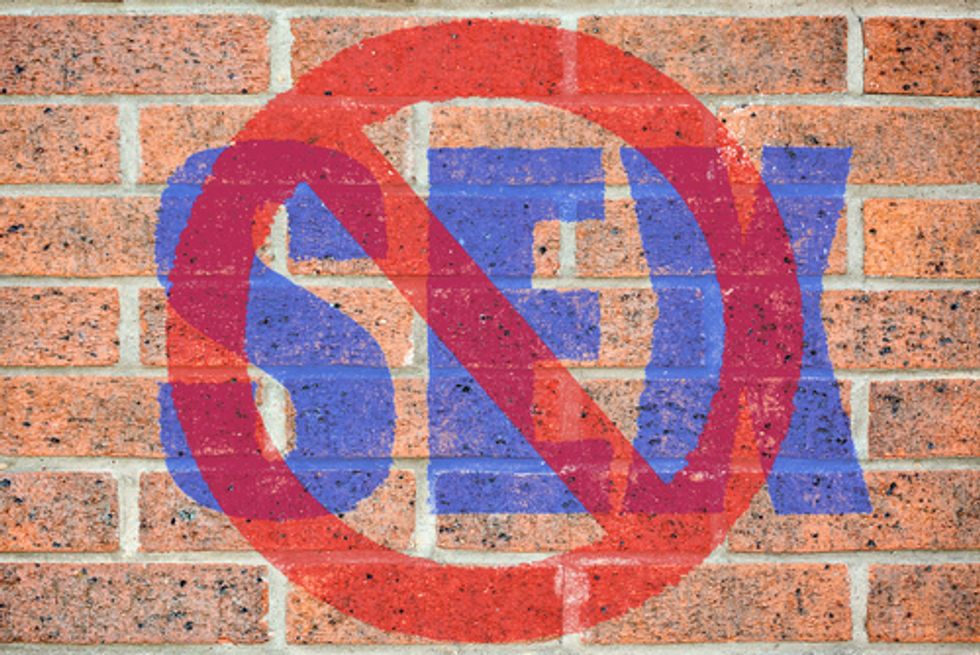 It's a couple of weeks old, but I want to flag this incredibly important expose by Erica Hellerstein at ThinkProgress about how abstinence-only is still around and still being foisted on kids, despite being utterly discredited. Because abstinence-only is a right wing initiative, its proponents are totally immersed in right wing tactics, particularly the tactic of rebranding to fool people into thinking that you're not what you actually are. They started with "abstinence-focused", but now are shifting into an even more deceitful phrase, "evidence-based". (Indeed, "abstinence" is a rebranding effort itself, an attempt to make the concept of "chastity" sound more medical and less what it is, a religious concept.)

"Deceitful" is a gentle word for it, actually. A better word would be "lying".  As Hellerstein points out, the curriculum that uses the "evidence-based" phrasing, Choosing The Best, stretches that definition well past the breaking point.

Though Choosing the Best calls itself “evidence-based” on its website, the curriculum is not included on the U.S. Department of Health and Human Services’ list of 37 “evidence-based” pregnancy prevention programs, a distinction it quietly notes on its FAQ page. In order to be included on the list, researchers at Mathematica Policy Research, an independent research organization, identify, assess, and analyze studies conducted on programs intended to reduce teen pregnancy rates.

It's important to remember that the justification for spending money on abstinence programs is that they are a public health initiative. So the question is, do they improve public health by reducing teen pregnancy and STI transmission rates? The answer is a resounding no. Indeed, it's clear, when you did into the materials, that the authors really aren't even concerned with public health issues. The curriculum is about pushing a sexist gender ideology and religious dogma about the evils of sex, and the public health stuff is just grafted on there to get funding.

All of which makes it funnier to read the response sent to ThinkProgress when they asked about the studies that have rejected Choosing The Best:

“Students (and teachers) contact us continually to tell us what an incredible and positive difference the CTB program has made in their (or their students’) lives,” a spokeswoman for Choosing the Best said. “Interestingly, if you look at the programs that are currently on the DHHS list of “evidence-based” programs, you’ll find that many of those programs DO NOT HAVE SIGNIFICANT RESULTS BEYOND THE SHORT TERM. In fact, some only have short-term results among subgroups.”

Uh, okay? The "short term" means measuring teen pregnancy and STI transmission rates, neither of which Choosing The Best reduces. But it's clear here that she's hoping to imply that there's some kind of long term understanding of....what, exactly, I don't know. The curriculum was crafted to tell kids to wait until marriage. Since the STI and teen pregnancy rates aren't affected by it, then clearly they don't absorb that message. Is the hope that they will just spend the next 10 years fucking and then, right before their wedding, have a change of heart? If so, that's a pretty weak goal there.

Indeed, this claim that Choosing The Best is focused on the long term is easily disproved by their own materials. "The study found that Choosing the Best had only a short-term impact: For students who were virgins at the pretest, it delayed sexual activity for less than six months," Hellerstein writes. "Then, they were just as likely as the other students tested to have sex." This finding, however, is touted by Choosing The Best as some great victory. Hey, they spend 6 months less of their life fucking! Obviously, the goal is to wipe out as much fucking as humanly possible, but any time someone doesn't get laid, however rare it is, they're happy about it.

Even though the website makes a big stink out of this finding, the researcher, Dr. Lisa Lieberman, who actually found it thinks it's no big deal. "They said that Choosing the Best reduces teen sex. I said ‘no, it doesn’t reduce teen sex. … Nobody stopped having sex. It delayed the onset, but it didn’t reduce sex. You can’t say that!," she told ThinkProgress.

Obviously, the "SHORT TERM" thing is just a punt, an attempt to avoid having to talk about things like effectiveness and public health. It's obvious that Choosing The Best isn't actually interested in any of that. The program is just about pushing their ideology about sex, and that's that. It's not even clear that they care that much if kids listen. Sure, they would like it if they successfully scared some kid out of having sex, but you get the feeling that would only be a bonus for them. Lecturing young people about how their bodies are evil and shameful is its own reward. If said young people blow you off, then you can take satisfaction in railing about how kids these days are no good and going to hell.