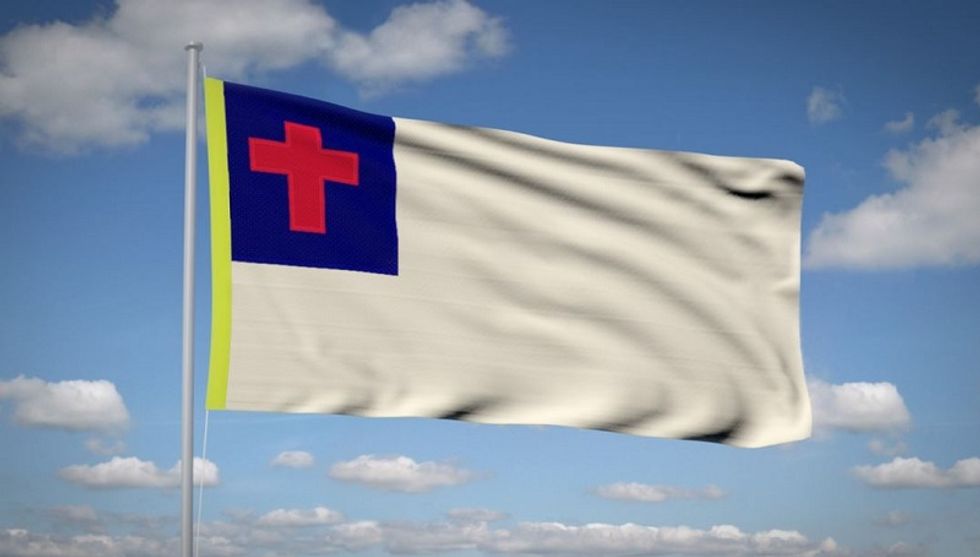 The small city of Glencoe, Alabama has been flying the Christian flag over the city's police department since the 1990s, but after a complaint filed by the Freedom From Religion Foundation (FFRF), the flag came down Monday, WBRC reports.

The city's mayor, Charles Gilchrist, told the station the City Council met to discuss the flag, which flew alongside the American and Alabama state flags on city grounds, and decided the city couldn't afford a legal battle. The FFRF wrote to the city after receiving a complaint from a resident, the station reports.

Gilchrist told the station the council was warned another city was sued over a similar issue and had to pay out $550,000 - a sum that would break the bank of the town of just over 5,000.

It's clear he wasn't happy about it.

"That would just about ruin us," Gilchrist told WBRC in a phone interview. "That's what they do, they pick on these smaller towns that can't defend ourselves."

In their February 13 letter to the city, the FFRF points out flying the flag is a "blatant violation" of the Constitution's Establishment Clause.

"The cross on the flag pole of Glencoe's City Hall building unabashedly creates the perception of government endorsement of Christianity," the letter reads. "The cross has an exclusionary effect making non-Christians and non-believing residents of Glencoe political outsiders."

The FFRF had previously sent letters to Glencoe complaining about municipal Nativity displays.

According to the FFRF's website, this is the second victory for the organization in as many weeks. Bradley County, Arkansas, also took down a blatantly religious flag after FFRF lodged a complaint.

"Reason will prevail," FFRF co-president Annie Laurie Gaylor said in a statement Monday. "In this case, it was so patently obvious why a civil, secular government can't endorse Christianity in this particular way."