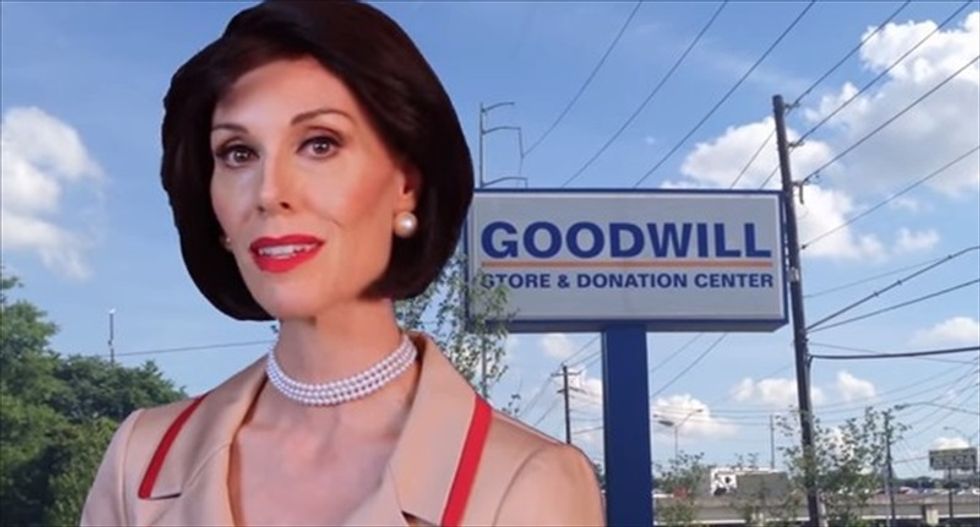 Bowers points out that Goodwill is able to hire disabled workers for 22 cents an hour thanks to a loophole in the Fair Labor Standards Act of 1938. As the Huffington Post has reported, the company has applied this "special wage certificate" to 7,300 out of its 105,000 employees.

"Just like most churches, or any get-rich-quick scheme, the cash always trickles up to the top," she explains. "One branch paid its top executives more than $3.7 million in one year. That's a lot of charity -- to themselves."

Goodwill also takes after many religious institutions, she says, because it sends its leaders on lavish trips by calling it "outreach."

"[That is] a Christian ministry term of art that means roughly 'Which Four Seasons do you want me to stay in this time, Jesus?'" she chides.

Watch Bowers' commentary, as posted on Tuesday, below.