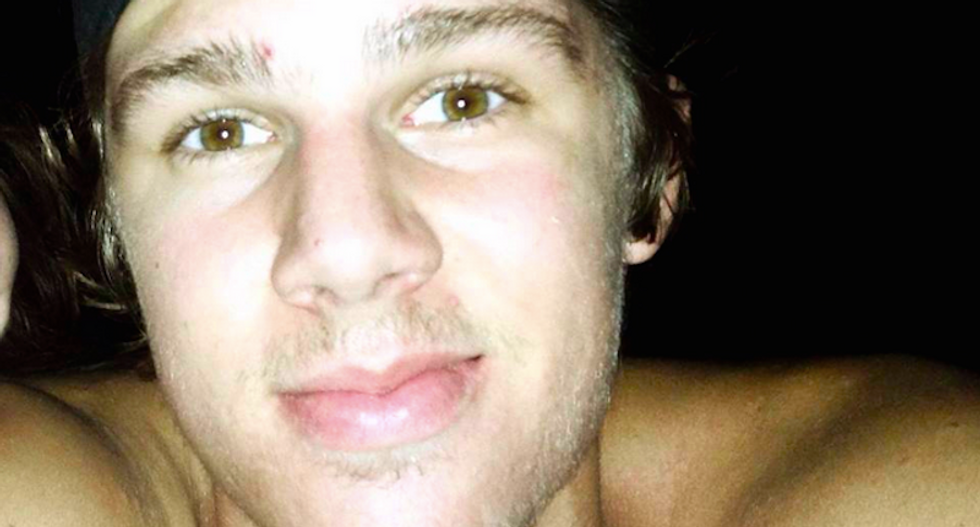 A white man wearing shorts and flip-flops carried a loaded AR-15 to confront a black man who was protesting a Confederate memorial in a Texas town.

The 69-year-old activist, who has protested the memorial for at least 15 years, said a younger man openly carrying a rifle confronted him as he spoke cordially with another resident who supported the Confederate memorial -- which had been vandalized earlier that morning with graffiti that said, "This is racist."

The younger man, who later identified himself as 22-year-old Stephen Passariello, strode up to Hudspeth and Adam Rinkleff while carrying the military-style rifle and shouted "counterprotest."

Hudspeth said Passariello made him nervous enough to call 911, and a video of the confrontation shows the younger man challenging the black activist.

"Why should we move this, why is this just now a big deal?" Passariello said. "Why weren't you out here months ago?

Hudspeth, who has lived in Denton since 1970, said he had protested at the memorial at least 50 times since 2000 -- when he began lobbying county commissioners to remove the statue.

“I’ve been out here every week for the past 22 years,” said the 22-year-old, saying he had never seen the older man before.

Police arrived shortly after that and told Passariello he needed a sling for his weapon so it would be more difficult to steal.

“I was encouraged to open carry with a sling, although it wasn’t required,” Passareillo said. “I was told that I can stay, but they would appreciate it if I got my sling so people wouldn’t feel so threatened.”

Passariello identified himself after the confrontation in a comment posted on the Record-Chronicle's Facebook page, saying that he carried the loaded weapon to "make a point" but never intended to shoot Hudspeth -- who he dismissed as "ignorant of history."

Witnesses said Passariello appeared agitated and unreasonable during the confrontation.

“He was, like, angry and he was jostling [the gun] like this,” Rinkleff said, motioning as if moving a gun at his hip. “I didn’t know if he had the safety on, I didn’t know if that gun was going to go off at any moment. I would say he was pointing the muzzle toward people as he talked. I was worried.”

"Get the f*cking lynching ropes out," Passariello said during a discussion of a black suspect and white victim. "I'm tired of this bullshit."

Hudspeth said he had changed his position on the monument over the years and now would prefer to see it moved rather than dismantled.

“It’s like everyone can see it, like it’s something we are all a part of,” Hudspeth said. “But I hate walking under this thing. It reminds me of what they did to my father’s father.”

At least one caller complained to police about the open carry protest, which drew five activists, but officers explained that their actions were legal under a recently signed Texas law.

“We’re out here to protest the sickening behavior of yesterday,” said Ian McDougal, a Lake Dallas man carrying a loaded Ar-15, a concealed revolver and a "Don't tread on me" flag. “It’s ruining the charm of this town.”