Another golf event dumps Trump course over attack on immigrants 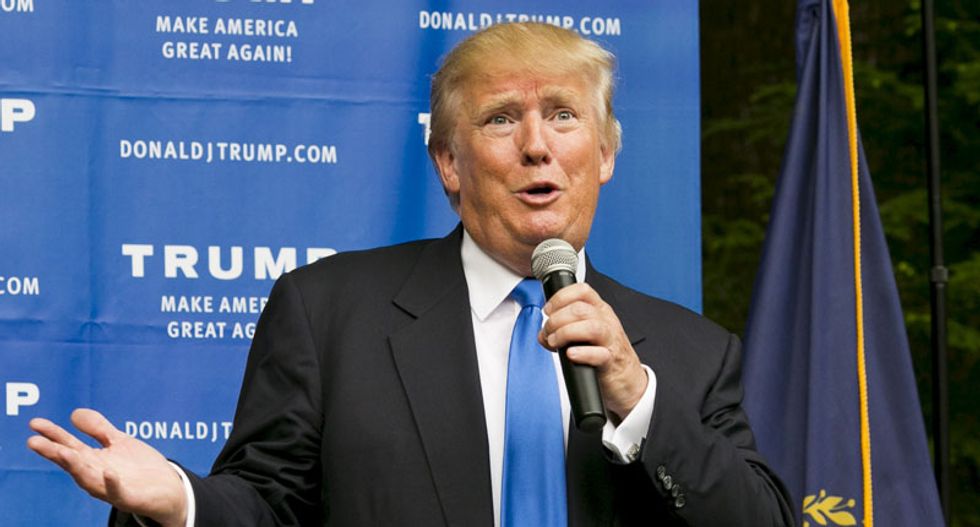 Republican U.S. presidential candidate Donald Trump suffered a fresh blow on Tuesday with the announcement that a professional golfing event scheduled for October at a Trump course in Los Angeles will be moved, the latest fallout from his vitriol against undocumented immigrants from Mexico.

A statement issued by Hope Hicks, Trump's campaign spokeswoman, said the real estate mogul met on Monday with representatives from the PGA of America and they agreed "it is in everyone’s best interest not to conduct the 2015 Grand Slam of Golf at Trump National Golf Club, Los Angeles in October."

"Due to the controversy surrounding statements made by Mr. Trump having to do with illegal immigrants pouring into the United States from Mexico and other parts of the world, Mr. Trump does not want his friends at the PGA of America to suffer any consequences or backlash with respect to the Grand Slam of Golf," Hicks said.

The decision to move the Grand Slam of Golf event, which usually features a handful of the best professional golfers competing against one another, came a day after sports broadcaster ESPN announced it would move the ESPY Celebrity Golf Classic from Trump National Golf Club to Pelican Hill Golf Club in the Los Angeles area.

In addition, the PGA of America said it is in the process of exploring options, including a venue for its annual PGA Junior League Golf Championship scheduled to be held at the same Trump course in Los Angeles. It said the group will comment further at the appropriate time.

Since his June 16 candidacy announcement speech, in which he vented about illegal immigrants, Trump has seen a steady flow of business away from him. Univision declared it would not broadcast the Miss USA pageant, and NBC, Macy's, Serta and NASCAR cut ties with him.

Florida Senator Marco Rubio, considered a top contender to represent the Republican Party in the November 2016 election, told Fox Business News that Trump's comments have distracted from serious debate about how to reform the U.S. immigration system.

Trump said on Monday that some of his criticism of Mexico had been distorted, but stuck to his stance that many undocumented immigrants coming across the Mexican border are criminals.