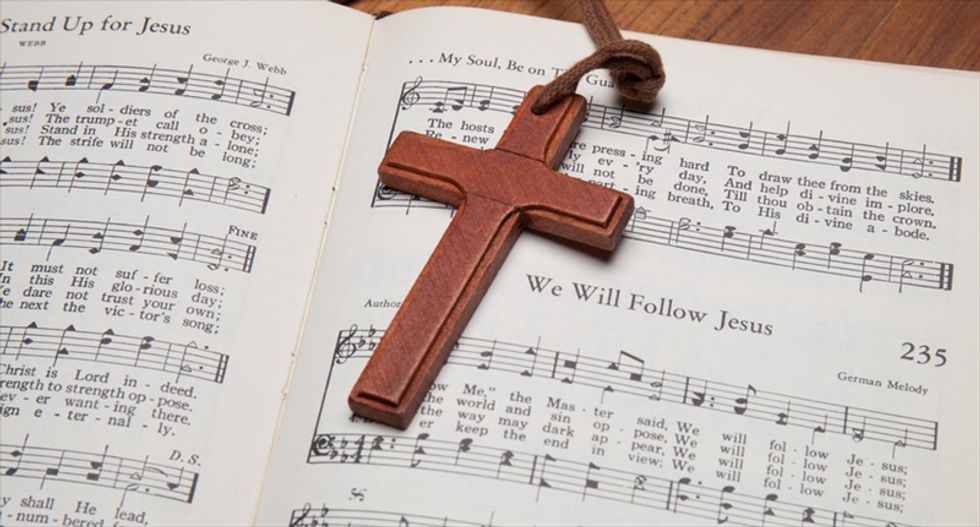 Commissioners in Escambia County, Florida are being criticized for giving $30,000 to a local church -- where the pastor is the brother of a board member -- to host a gospel concert, the Pensacola News-Journal reported.

"Nobody is contesting that they have the authority to disperse funds," said Ian Smith, an attorney for Americans United for Separation of Church and State. "You can give tax dollars to a religious group for non-religious activity, like funding a soup kitchen. But if you're talking about a proselytizing gospel concert, that's a religious activity and you can't do it."

The group said it was contacted by a resident objecting to the county board's decision last month to award the money to the "It's Personal Venue," a building which shares a parking lot with Friendship Missionary Baptist Church. Flyers promoting the Aug. 7 concert list the church as the event's host.

The church's pastor, Rev. LuTimothy May, is the brother of county commissioner Lumon May, who abstained from the vote concerning the funding, which came from the county's "bed tax" -- a 4 percent charge applied to rentals lasting less than six months.

County attorney Alison Rogers defended the allocation of the funds for the concert, citing a state statute authorizing counties to do so if an event's goals include "the attraction of tourists." The owner of the venue, Sheila Green, said in a document to the board that she hoped the concert would attract 400 people from "outside the Pensacola area."

"The Board of County Commissioners is vested with the sole authority to make a legislative determination whether a particular project or event is tourist related and furthers the purpose of promoting tourism," Rogers said. "It seems to be irrelevant to that determination what type of music is to be performed at an event or where the event will be held."

The News-Journal disclosed that it had also received complaints from residents regarding the board's decision. It reported that the concert is the only religious event in at least the past six months to receive funding from the county "bed tax."

The board drew attention to itself last year when commission member Wilson Robertson walked out of a meeting to protest an invocation by David Suhor, who identifies as an agnostic pagan pantheist.

"People may not realize it, but when we invite someone a minister to pray they are praying for the county commissioners for us to make wise decisions," Robertson said at the time. "I'm just not going to have a pagan or satanic minister pray for me."