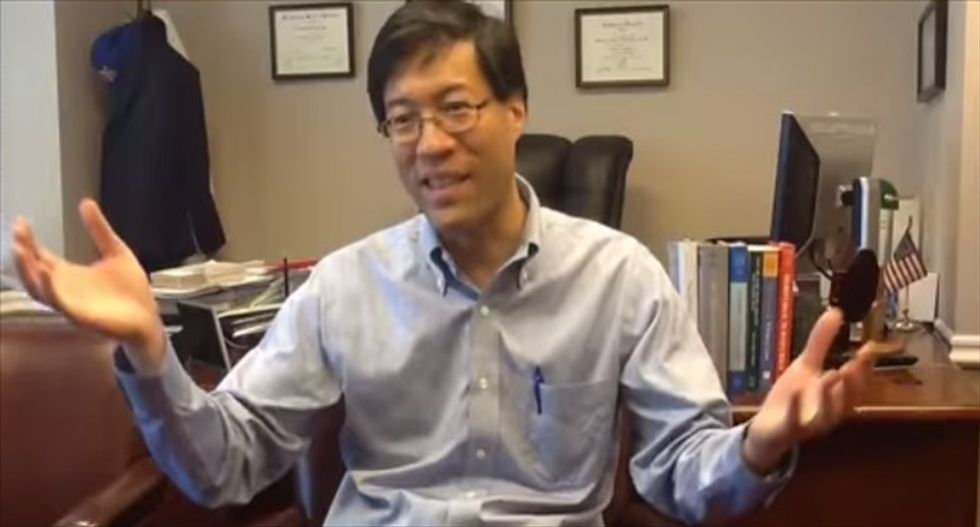 The California lawmker who made it harder for parents to opt out of vaccinating their children, a stance that earned him death threats, is now launching a campaign to save his job, days after the state certified a recall effort against him.

Democratic State Senator Richard Pan, a Sacramento pediatrician who introduced a measure eliminating California's personal beliefs exemption to vaccination requirements for schoolchildren in response to a measles outbreak at Disneyland, plans to go public on Wednesday with a website and social media campaign aimed at fighting off the recall drive, a spokeswoman said.

"I won't be detoured from taking on the tough issues that are important to people in my district simply because there are some that use anti-science rhetoric to ignite division and fear," Pan said in a text message to Reuters.

The successful bill he introduced, which was signed last month by Democratic Governor Jerry Brown, repealed a portion of the health code that had allowed unvaccinated children to attend school if their parents opted out based on their personal beliefs, whether those beliefs were religious or not.

Under the new law, which goes into effect next year, only children with medical reasons to avoid vaccinations may attend school without them. Unvaccinated children would have to be home-schooled or study in small, private home-schooling groups.

The measure generated vociferous opposition from some parents, many who feared a now debunked link between childhood vaccinations and autism and others who feared intrusion on their freedom of religion.

The legislature stepped up security measures for Pan and other supporters after death threats were made against them.

After the bill was passed, opponents vowed to repeal it at the ballot box. They also began a recall campaign targeting Pan.

Katherine Duran, who filed the recall request along with 49 others, did not immediately respond to a request for comment from Reuters.

But she earlier told the Sacramento Bee that the effort was "about the defense of liberty."

“The government, as a creature of the people, doesn’t have the right to tell the people what they can and can’t put into their bodies,” she told the newspaper.