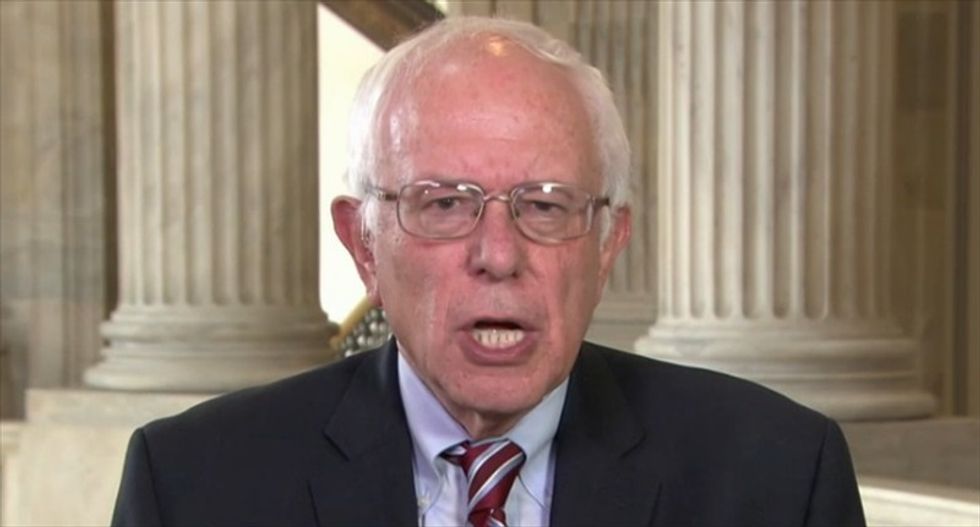 Vermont Sen. Bernie Sanders doubled down on Wednesday on his criticism of the arrest of 28-year-old Sandra Bland, while saying his campaign would include an "A-to-Z" re-examination of the US criminal justice system.

"What you saw is an aggressive, overactive police officer who dragged this woman out of her car, assaulted her, sent her to jail for what crime? A minor traffic violation," Sanders told MSNBC host Ed Schultz. "That happens all over this country, and it especially happens to people of color."

Sanders, an independent campaigning for the Democratic Party's presidential nomination, called the 52-minute video of the arrest released by Texas authorities on Tuesday "painful and dreadful" a day after denouncing it in a statement on his website.

"Lives are being destroyed, right and left," he said to Schultz. "And we've got to change that."

Sanders also addressed his face-off with #BlackLivesMatter protesters during last weekend's Netroots Nation conference, admitting that he was taken off guard since he had been invited to discuss immigration reform at a town hall event on Saturday. He subsequently left the event and canceled his scheduled meetings there prior to a campaign event in Phoenix.

"Was I blindsided, was I surprised? Of course I was," the senator said of the encounter. "On the other hand, the issue that the folks there were raising about institutional racism in America is an absolutely vital issue that has got to be addressed, and I intend to address it."

He also took a question submitted to the show by activist Deray McKesson touching on his proposal to make college tuition free for public colleges and universities.

"You advocate for free public colleges for all, but how do you address the fact that black degree holders are less likely to be employed or paid equal wages?" McKesson asked.

"He's absolutely right," Sanders responded. "That's called structural racism, and we have to address it. Providing free tuition at public colleges and universities will be a huge step forward for this country and the African-American communities. But what we also have to do is make sure that when someone applies for a job, they are not discriminated against because of their race or country of origin."

Watch the interview, as aired on Wednesday on MSNBC, below.

Retired cop rants about Jan. 6 being a ‘phony’ communist attack after he’s outed as an Oath Keeper

Two retired Indiana police officers have been named in a leak connected to the Oath Keepers militia group, WLFI reports.

The group Distributed Denial of Open Secrets leaked about 5 gigabytes of data from the servers of the far-right group. As WLFI points out, the unidentified former officers haven't been arrested or charged.