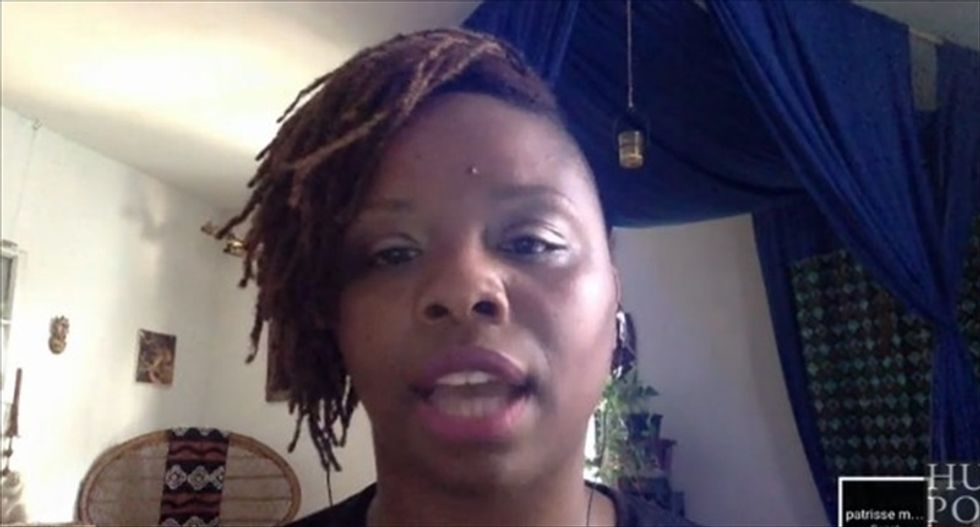 A co-founder of the #BlackLivesMatter movement said on Wednesday she was "mortified" by the accusations thrown at her by Fox News host Bill O'Reilly.

On Tuesday, the Factor host said that the movement wanted to "tear down the country," and said they only appeal to "real fringe nuts," a description Cullors called "unhelpful."

"We are challenging our government," she argued. "We want true democracy in this country, and that doesn't exist right now. We see that with Sam DuBose case, where an officer killed him within a matter of minutes. That sounds like a police state. That sounds like police terrorism to me. I challenge Bill O'Reilly: does he want to live in a country where black folks die on a daily basis at the hands of law enforcement and not challenge it?"

Contrary to O'Reilly's rhetoric, she said, none of the 26 chapters in the group's network are receiving money from billionaire George Soros, though she did confirm that Jay-Z and Beyonce have donated.

"We put out a framework," Cullors explained. "But people are doing amazing work every single day that aren't a part of the #BlackLivesMatter network."

According to her, the chapters have members who are both longtime activists and people who became active following the August 2014 shooting death of Michael Brown in Ferguson, Missouri.

"This is vibrant. This is new," she said. "People are developing a new political analysis as they join this movement. We aren't a front group for another organization. This is a grassroots effort."

Watch Hill's interview with Cullors, as aired on Wednesday, below.