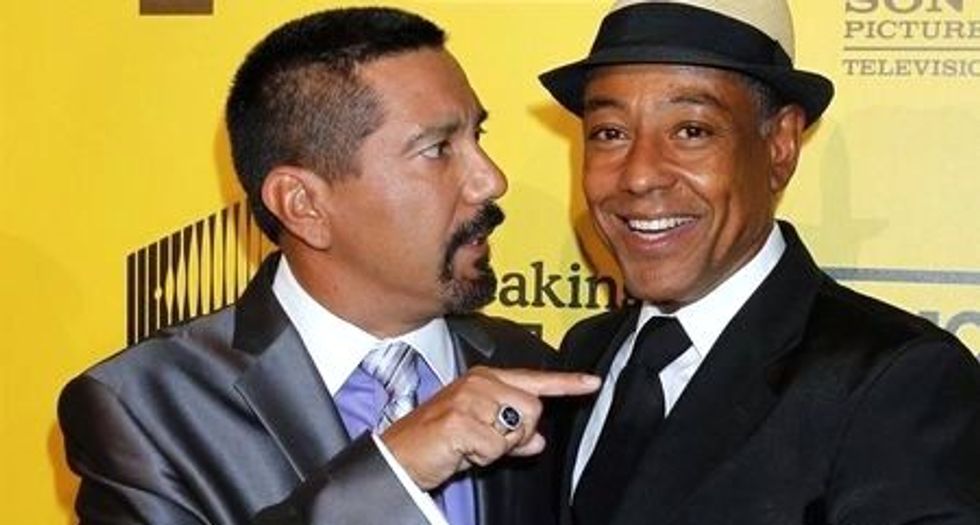 "Breaking Bad" actor and New Mexico native Steven Michael Quezada said on Monday he is running for a county commissioner seat in Albuquerque, where he grew up and the hit television show was set.

Quezada, who grew up in a gang-plagued neighborhood and played DEA agent Steven Gomez in the now-concluded series, will run on the Democratic ticket for Bernallilo County District Two.

He told Reuters he wants to support not only public, but also charter, educational opportunities for all children in the district, which is the city's most crime-ridden.

"I want to give mothers who are working two jobs choices to keep their kids out of trouble," he said in an interview. "I know what it is like to grow up here."

Quezada, 52, assumed a vacant seat on the Albuquerque School Board shortly after "Breaking Bad" aired, and he said he quickly saw the need to expand his involvement in the community.

He referred to Albuquerque's crime rate, which is twice the national average, as well as local schools and families struggling under financial hardship.

"We have to figure out as a county how we can work more closely with schools," Quezada said.

He is an advocate of stronger mental health services for children in schools in order to identify at-risk children and intervene before it is too late. Albuquerque has recently seen high profile murders allegedly committed by teenagers.

"By the time they cross that line, it is too late," Quezada said. His career as an actor and comedian is already being used against him by his opponents, he added.

"Acting is my job, just like a candidate may be a contractor or lawyer," he said. "I know what is needed and I am willing to show it."

"I see what needs to be done and I have the passion for it," he said.

Officials with the Bernalillo County Board of elections said there are currently three people running against Quezada for the November election.