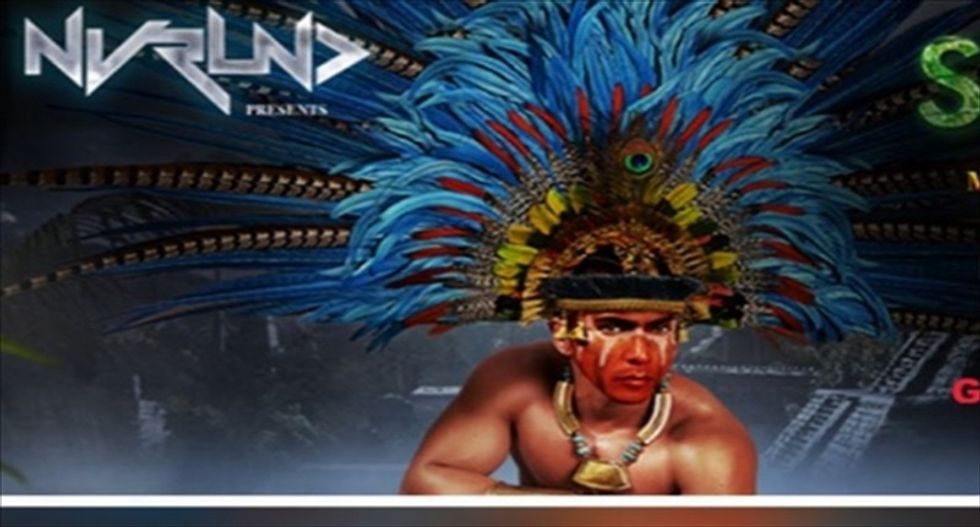 A Chicago party promoter is being accused of racism for planning a dance party called "Savages." The promotion flyer for the event pictures a bare-chested man wearing a Native American headdress and face paint.

The party was originally scheduled for Aug. 7 at the Metro venue in the Chicago neighborhood of Wrigleyville. But after an outpouring of criticism, the venue told the Chicago Tribune that "no events are slated for that date."

As of Wednesday afternoon, Neverland had removed the poster from its Facebook event page and apologized for "causing offense." The statement came after organizers were hammered online over their choice of motif for the event.

However, it is still listed on the promotional site heyevent.com, as seen below:

Neverland initially defended the idea, commenting on Facebook that the "entire Neverland team is extremely racially diverse, and none of us found the theme to be offensive."

We've wanted to do a tribal theme for a long time, because the music at Neverland parties is tribal house (house music with drums), and our team has wanted to recreate beautiful tribal headdresses and outfits out of respect and celebration of past cultures.

But that explanation did not sit well online, with one user, Naima Bond, mockingly posting a quiz, "Why did you choose this racist theme?" on the event's Facebook page, and listing these possible answers:

-My minority friends said it was ok so it became unracist

-Because even the Mayans deserve Freedom and Democracy© 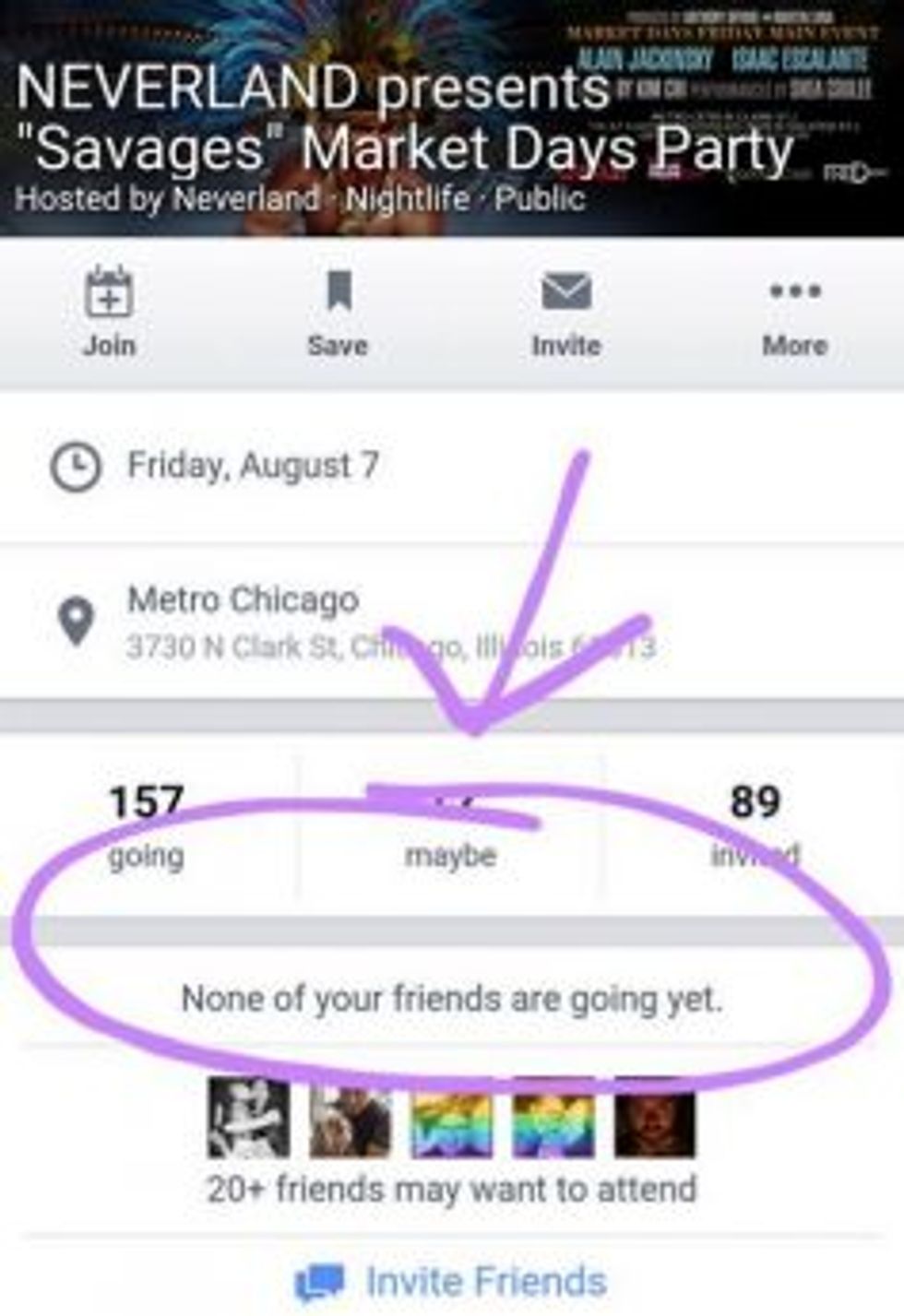 Another critic, Kenny Brodbeck, made fun of the event by linking it to a presidential candidate who is also getting roasted for racially-inflammatory comments.

"I hear Donald Trump needs a party promoter. Maybe you guys could team up?" Brodbeck wrote.

The event was posted Tuesday and by Wednesday morning, Metro had been so deluged with complaints, they posted this to Facebook:

"Good morning, we have had a number of inquiries regarding an event on August 7, 2015. At this time Metro Chicago has not announced any events or performances for this date. More information will be made available at a later time."

While the venue was backtracking on its announcement by Wednesday morning, Neverland owner Anthony DiFiore said he had no intention of canceling the event.

"We signed a contract and paid a deposit. The date's on the calendar," DiFiore told the Tribune. "I don't see any reason why the party would be cancelled."